Plenty of players – the great and not-so-great – have turned out for Manchester United down the years – but you’ll be surprised at some of those that are still active in 2022.

Of course, players like Nani and Jonny Evans are still active but we wanted to dig a little deeper and find those whose continuing careers would raise an eyebrow or two.

And there are more former United players still active than you might have thought. We’ve picked out seven who you probably didn’t realise were still playing in 2022.

Definitely one of the most bizarre signings of the Alex Ferguson era at Old Trafford, Bebe was plucked from the Portuguese third division on the recommendation of Carlos Queiroz having initially been spotted playing in the Homeless World Cup.

He showed early promise and even scored, but was never quite good enough for United.

That feels like an age ago, but Bebe is still going, having forged a very solid career since being released by United in 2014, playing in Portugal and Turkey but mostly Spain. 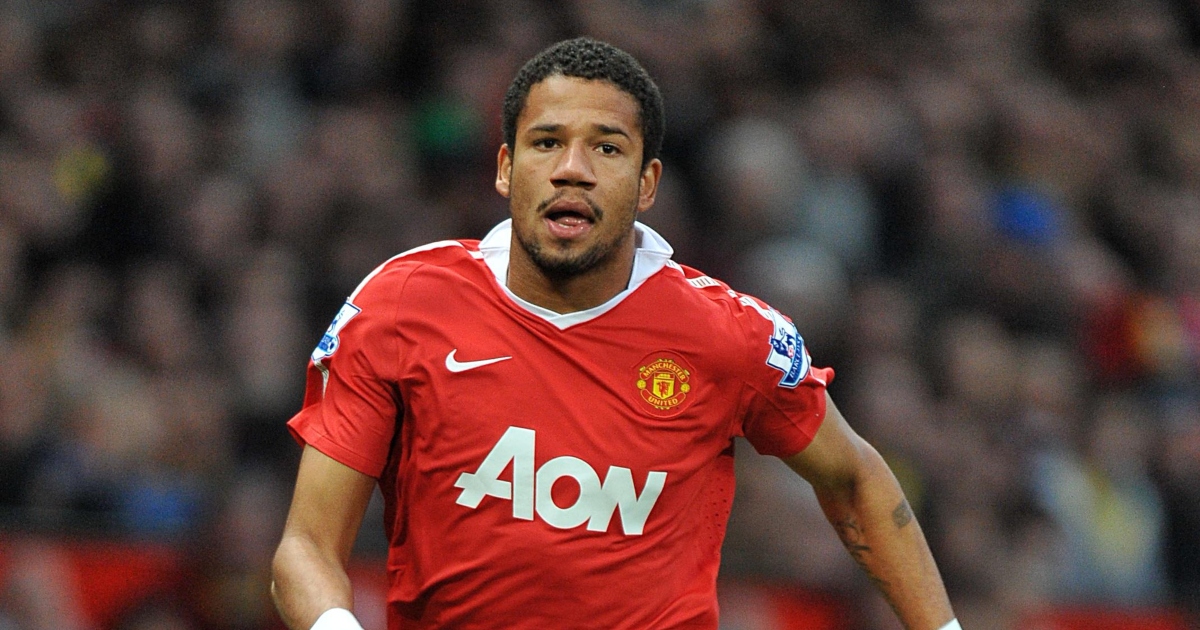 READ: Recalling when Sir Alex Ferguson broke his own rules to sign Bebe

Lindegaard spent five years at United, and even won a Premier League medal, notching up 10 league appearances in the 2012-13 season.

Not that he wanted the credit for Fergie’s last league triumph. “I’m super proud of it, but it was not me who won that title,” Lindegaard told the Guardian in 2021. “I’m aware that in the great history of Manchester United I’m a whisper in the wind.”

We’d not put it quite so harshly as that, but the big Dane was very much second choice for most of his injury-interrupted time at United, first behind Edwin van der Sar then David de Gea.

After leaving United, Lindegaard stayed in England, taking on the reserve ‘keeper role at West Brom, Preston and Burnley.

Now aged 38, he’s remarkably still going, turning out for Swedish club Helsingborg, who he helped to promotion in 2021.

The teen sensation remembered at United for that debut goal against Aston Villa, Macheda is just 31, which can surely only be the result of a glitch in the space-time continuum.

Talking to Sportbible about the Villa goal in 2020, Macheda said: “It was a crazy day because it was so unexpected. It was probably the best debut you could ever imagine. If you try to build the perfect debut, I don’t think you would be able to build it like mine was.

“It was a great pass and I thought it was the only thing I could do. And then it went how it went. I slipped a bit but when I raised my head I knew I hit the ball quite well. The shot was perfect.”

Happy 31st birthday to Federico Macheda, who tore the f**king roof off Old Trafford back in 2009…#MUFC pic.twitter.com/dpfVcKjBZ4

Not the greatest Manchester United player of the modern era, but certainly one of the most loved.

Rafael is now back in his native Brazil with boyhood club Botafogo and recently returned to action after seven months out with an Achilles injury.

For us, though, he’ll always be the embodiment of the late-Fergie era at United.

United went to a good amount of effort to sign Tosic in 2009, going through a visa appeal process after his initial application was rejected.

He didn’t repay those efforts. Tosic played just twice, both times off the bench, before getting impatient and deciding to leave.

In 2012, he told the Daily Record: “Even now I am always thinking about that moment. Maybe I shouldn’t have been so quick and should have worked longer to show Sir Alex.

“Maybe I should have stayed and fought for my place. This was Man United after all.”

Still, United got £8million for him from CSKA just a year after he signed, so not all was lost. Tosic then spent seven years in the Russian Premier League before short a short spell back in Serbia and a stint in China.

Now, aged 35, he’s turning out for the mighty FC Tobol, with whom he won the Kazakhstan Premier League in 2021. That gave them a shot at Champions League qualifying, but they were easily dispatched by Ferencvaros.

Another head-scratching Manchester United signing, Obertan was quick at running in a (very) straight line but didn’t have enough going for him to make it at Old Trafford.

He was moved on to Newcastle, where he made just 58 league appearances over five seasons, and has since embarked on an interesting journey that’s taken him to Dagestan, Hungary, Turkey and, err, Wigan.

A United youth product, Martin told us in 2017 that he feels he went out on too many loans to make his mark at Old Trafford.

He did eventually play a first-team game, though, starting in the final league fixture of the 2008-09 season as United rested players for the Champions League final.

Martin moved on soon after, starting a slow journey down the EFL, first at Ipswich, then Milwall, Gillingham, Exeter and into Non-League with Ebbsfleet Untied.

In 2022, he’s still chugging along at Dover Athletic, who play in the Conference South.