BIRMINGHAM boss John Eustace is happy to hear that Manchester United star Hannibal Mejbri has been linked with a loan move to his club.

Eustace, 42, deems the midfielder as “very good” and welcomes the opportunity to have more United youngsters at the club.

He said: “I am sure we are being linked with a lot of players, I know Hannibal is a very good player, Man United have got some fantastic young players in their squad.

“We had a fantastic one [Tahith Chong] come to the club last year and did very well.

“Listen, if good players are linked to Birmingham City that’s good for us.”

Hannibal is one of Man Utd’s top young prospects and has been training with the first-team during pre-season under Erik ten Hag. 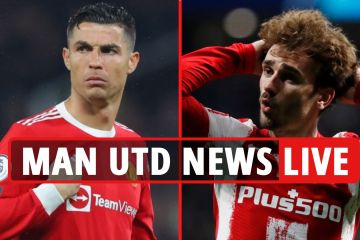 He is predominately a central or attacking midfielder but the Dutch boss subbed him on as a striker in a recent friendly.

The youngster is likely to be allowed to go out on loan to gain some much needed experience this season.

Championship sides including Millwall, West Brom and Middlesbrough are all keen on adding the Tunisian to their squad, according to reports.

The 19-year-old burst on to the scene late last season with his aggressive style of play as he flew into tough tackles.

He was dubbed by fans a “hothead” while others called him the “next Robbie Savage” a former Birmingham player himself.

Eustace will be hoping to strengthen his squad ahead of the approaching season, his first in charge of the club following the sacking of Lee Bowyer.

But the club’s summer has been overshadowed by prospective owner Laurence Bassini trying to take over the club.