Brandon Williams has insisted that he wants first-team football at Manchester United next season and will not stay there to sit on the bench.

The left-back is currently on loan at Premier League strugglers Norwich for the season following his lack of game time at Old Trafford. He enjoyed a fantastic breakthrough campaign in 2019/20 but did not progress much from there.

Nevertheless, he has gained significant top-flight experience with the Canaries this season. And faces a return to Old Trafford in the summer, where he is hoping for a major role.

A report in February claimed that interim United boss Ralf Rangnick has been thoroughly impressed with Williams’ development.

In fact, he spoke to the player and offered him first-team assurances during the Red Devils’ win at Norwich in December.

But, speaking to the Daily Mail, Williams insisted that he will not stay at United without a major role.

“I’m playing games now and I love it,” the 21-year-old said. “I can’t wait for the weekend so I can get to the stadium.

“There would be no point in me going back to United and just sitting on the bench. I want to play and feel I’m better equipped for the Premier League after this experience.

“Whether it’s at United or somewhere else, we’ll deal with that in the summer. But I’ve got a job to do here at Norwich.”

The Canaries still sit bottom of the Premier League and are eight points off safety. However, two wins and a draw in succession in January and February have given them a glimmer of hope, amid 20 defeats elsewhere.

Williams said of what he can bring back to Old Trafford in the summer: “I had a talk with the gaffer [Dean Smith] recently and he asked me, ‘What have you learned?’

“I said I feel more mature, I feel like an athlete now and a true professional. I am going to take that back up to Manchester in the summer.”

Man Utd, meanwhile, are fighting for a top-four finish and Champions League football next season.

“United shouldn’t be in this predicament but that’s the situation right now,” Williams said. “I hope they get into the Champions League – the club deserves to be there.” 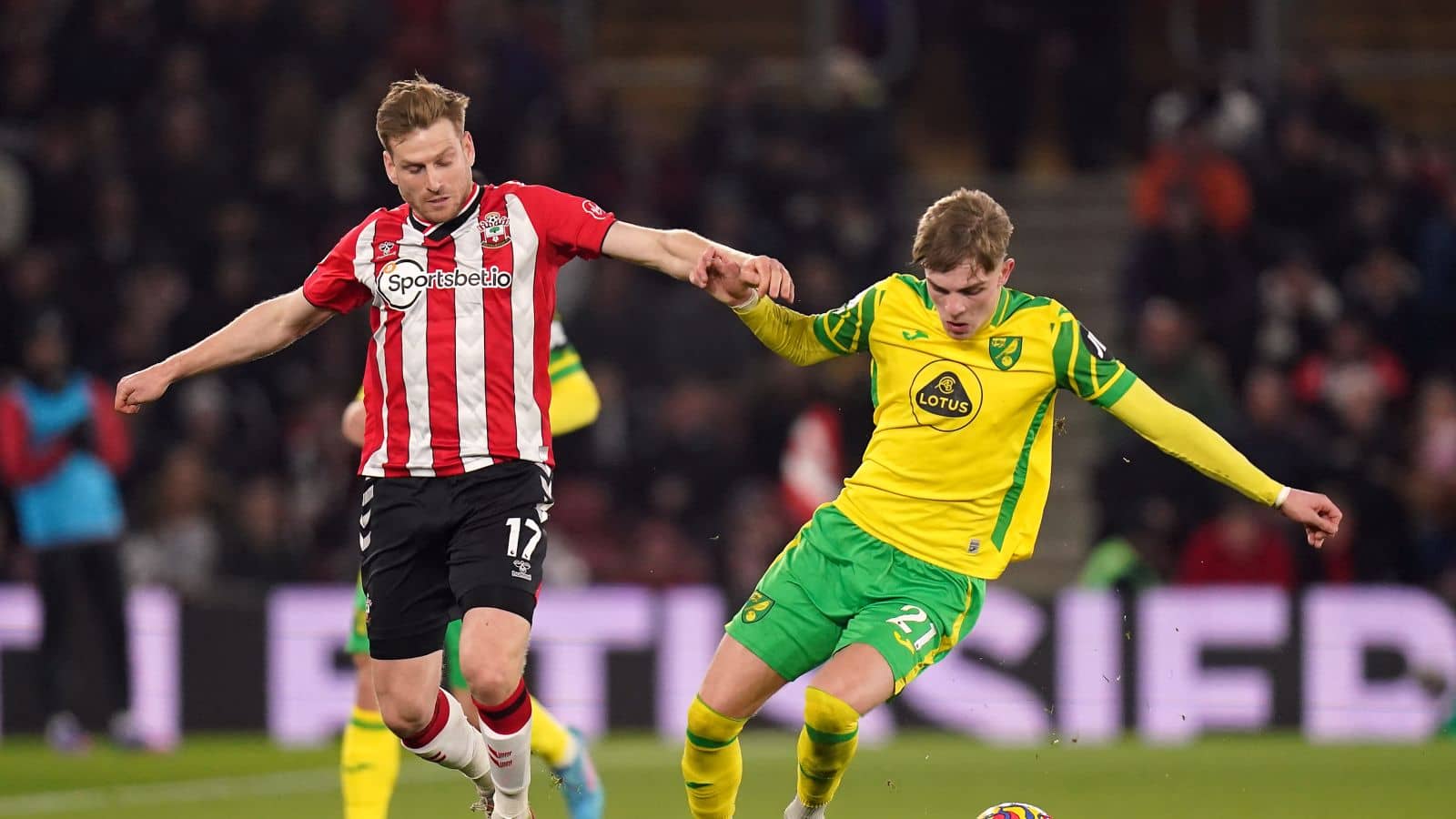 Luke Shaw came to the fore, spurred on by Alex Telles when the Brazilian arrived in October 2020. Still, Williams can play at right-back too. United would therefore not let him leave last term with Diogo Dalot on loan himself.

Dalot returned in the summer to battle with Aaron Wan-Bissaka and Williams subsequently left for Norwich at the start of this season.

Nevertheless, amid the tussle for minutes on both flanks at Man Utd, the full-back faces a decision.

Rangnick may have given Williams first-team assurances, but he will ultimately not be in control of team selection decisions next season.

The German is moving into an Old Trafford consultancy role and a new manager is due in.