Cristiano Ronaldo insists he will never pressure his eldest son to follow in his footsteps and pursue a professional career in football.

Ronaldo, 36, recently branded Cristiano Jr, 11, the ‘present and future’ after sharing photos on Instagram of the pair playing football together.

The Manchester United superstar was seen running around the pitch topless while his son, who joined the club’s academy when his dad sealed a sensational return last summer, donned a Red Devils training top. 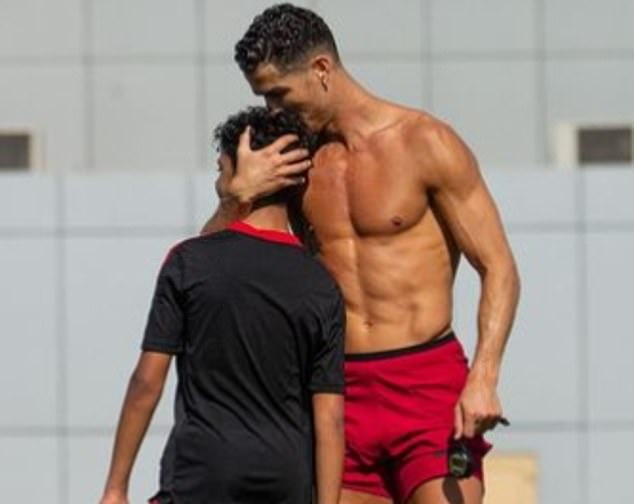 After seeing the pictures and Ronaldo’s caption, United fans took to social media to tip his son as a potential Old Trafford superstar in the making.

However, despite admitting Cristiano Jr could be a ‘great’ player if he remains ‘dedicated’ to the sport, Ronaldo has stressed he will not pressure him to play football.

The Portugal captain opened up on his support for his children during girlfriend Georgina Rodriguez’s new Netflix series ‘I Am Georgina’.

On Cristiano Jr pursuing a career in football, he said: ‘Only time will tell. I will never pressure him. He will do what he wants. 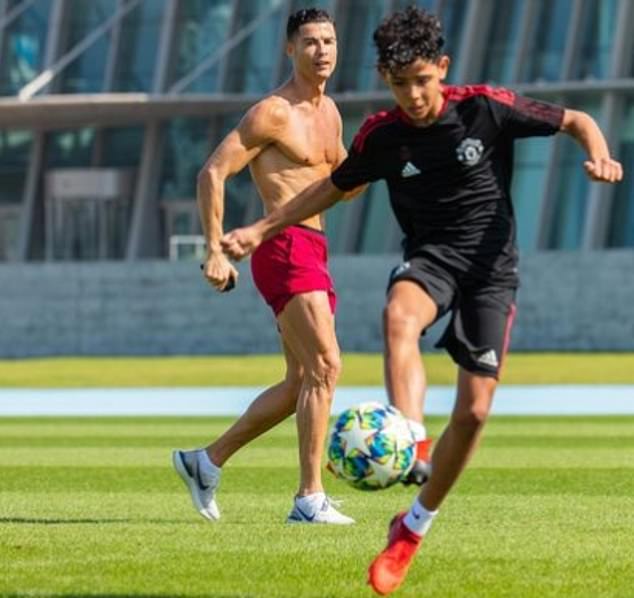 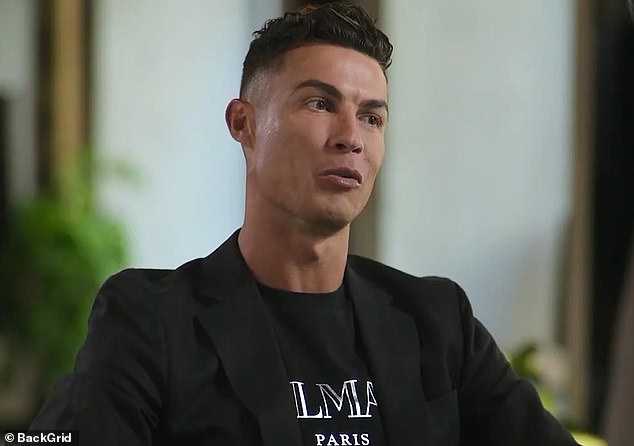 ‘Also what I want the most for Cristianito and everyone else is that they’re happy and that they choose what they want. I will support in any way.’

And while continuing to perform on the football pitch remains of the upmost importance, bringing up his kids in the right fashion is equally key for the former Real Madrid and Juventus man.

He added: ‘The best thing that we can do is have children and educate them to have unconditional love.

‘And to have a woman by your side who gives you stability then the kids’ education is phenomenal.’