Ronaldo has had a mixed season following his return to Old Trafford from Juventus in the summer. He has delivered 15 goals, many of them crucial such as in the Champions League group stages.

What’s more, he helped fire Man Utd to a first Premier League win in three matches against Brighton on Tuesday.

However, the 37-year-old has also faced criticism for aspects such as his body language.

Ronaldo signed a two-year deal at United after leaving Juventus and has insisted that he intends to play for another four or five years.

Nevertheless, doubt is emerging over how long he will remain at Old Trafford. Ronaldo reportedly has concerns about United’s direction and wants to see who they bring in as the successor to interim manager Ralf Rangnick. He has also supposedly held talks with his agent, Jorge Mendes, and United chief executive Richard Arnold.

Paris Saint-Germain had earlier emerged as a potential next destination for Ronaldo. According to The Sun, though, Roma and Bayern Munich are now keeping tabs on his situation.

Roma have former United boss Jose Mourinho in charge. Ronaldo’s fellow Portuguese managed the forward when the pair were at Real Madrid together.

However, German champions Bayern and French giants PSG would be new European ventures for Ronaldo.

The newspaper adds that, as well as the identity of the new manager, Ronaldo’s Man Utd future also hinges on them qualifying for the Champions League next season.

They look unlikely to win it this term and so will aim to finish in the Premier League’s top four instead. United’s 2-0 win over Brighton moved them into fourth with 13 games remaining.

Cristiano Ronaldo on verge of worst-ever goal drought – where would it rank among Europe’s other top strikers?

A source reportedly told The Sun: “Ronaldo is really torn about his future. He would love nothing more than to win trophies at United, but at the moment that seems like it’s going to be a struggle. He doesn’t want to spend the last couple of years of his stellar career in mid-table.

“Some big clubs are monitoring the situation and have put the feelers out already.” 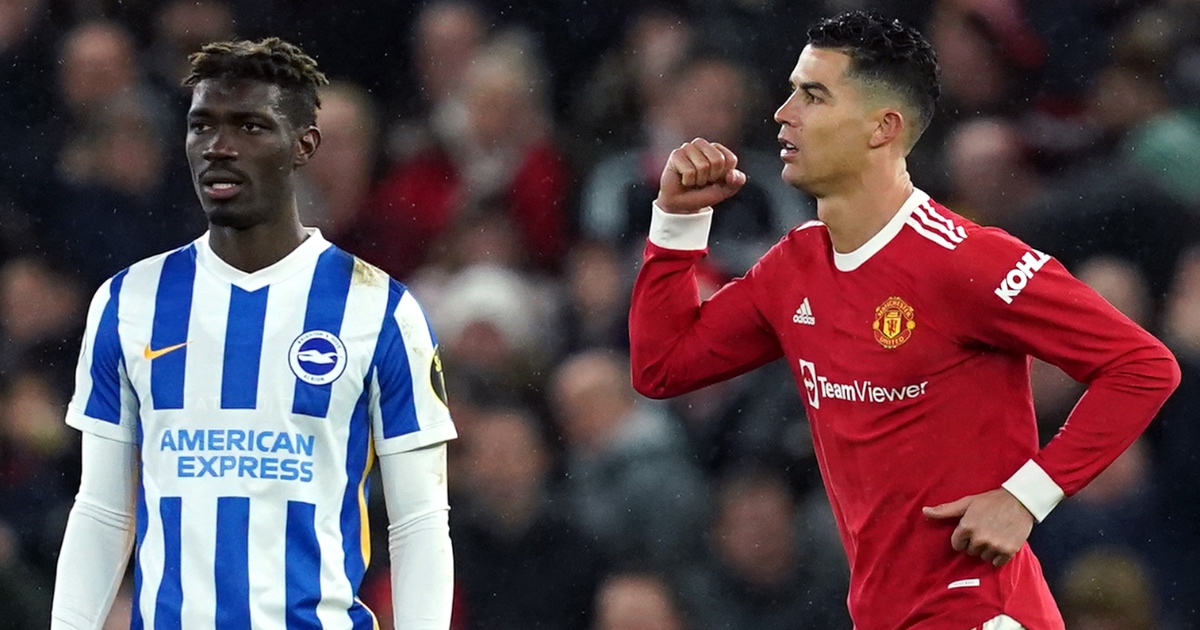 The player’s fantastic strike against Brighton on Tuesday put United in front not long into the second half.

The victory was a crucial one given the criticism of the performances of late. Indeed, United led in all three matches before Brighton but threw away the lead.

Away from the pitch, meanwhile, rumours of discontent at Rangnick’s training methods have emerged.

Ronaldo tweeted after Tuesday’s win: “Back on track! Nobody gives up and there’s only one way to get back on track: hard work, team work, serious work.

“Everything else is just noise. Let’s go Devils!”

United return to action on Sunday when facing Leeds United at Elland Road.

Evra and Wright in agreement over ‘quality’ Man Utd signing

Carrick explains why he ‘needed’ to exit Man Utd; he’s ‘ready’ for ‘different’ challenge with Middlesbrough