MANCHESTER UNITED take on Crystal Palace in their next Premier League clash this weekend.

The Red Devils defeated a tough Arsenal side 3-1 at Old Trafford last week to make it four wins in a row in the league.

Though United were outplayed for large periods of the game, they put on a counter-attacking masterclass in the second half to overcome the Gunners.

New boy Antony scored the opener and Marcus Rashford put the game to bed with two goals late in the match.

And now Erik Ten Hag’s men take on Palace, who have started the season in inconsistent form.

The Eagles, have, however, already had to play Liverpool, Man City and Arsenal this season, and their next test doesn’t get any easier. 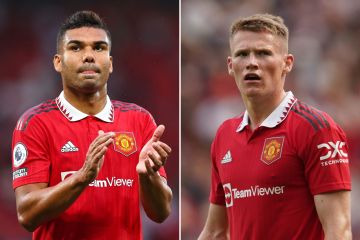 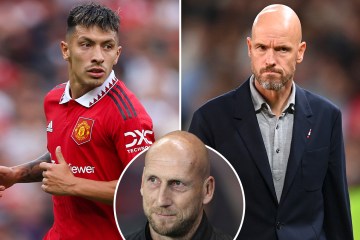 What time does Crystal Palace vs Man Utd kick-off?

What channel is it and can it be live streamed?

Antony is set to get another start in the Premier League after his starring role in the win over Arsenal.

Erik Ten Hag may have decisions to make in midfield, with Casemiro yet to start in the Premier League for United.

Cristiano Ronaldo is set to miss out again in the league, with Marcus Rashford and Jadon Sancho preferred in forward positions.

Tyrell Malacia will continue at left-back after his impressive performances so far.

*Odds courtesy of Betfair and correct at time of publication.