Manchester United transfer target Eduardo Camavinga would prefer a move to Spain instead of the Premier League this summer, a report claims.

The Rennes teenager is on course to become one of the world’s most exciting midfielders at his current rate. After making his senior debut at the age of 16, the 18-year-old now plays a senior role. As a result of his recent rise, United and rivals Chelsea have both shown interest in a potential deal.

However, United have had the strongest links. Their need for a new midfielder is also currently greater, but it could become crucial if Paul Pogba leaves.

Camavinga’s fellow Frenchman has reportedly rejected the offer of a new contract.

The teenager would be a solid replacement for the long-term, but according to the Manchester Evening News, United have received a blow early on.

But the newspaper claims that the talks were ‘not encouraging’. That is because their client would prefer to move to Spain rather than England if he left France.

Rennes expect that to happen. Indeed, they stopped him from playing at the Olympics in order to map out a transfer timeline which would result in them selling before August 31.

Camavinga, like Pogba, only has a year left on his deal. Therefore, Rennes would have to sell this summer if they want to recoup a fee for their star man.

The midfielder has played 82 times for Rennes, chipping in with two goals and five assists. He also has three France caps, which he collected last Autumn. 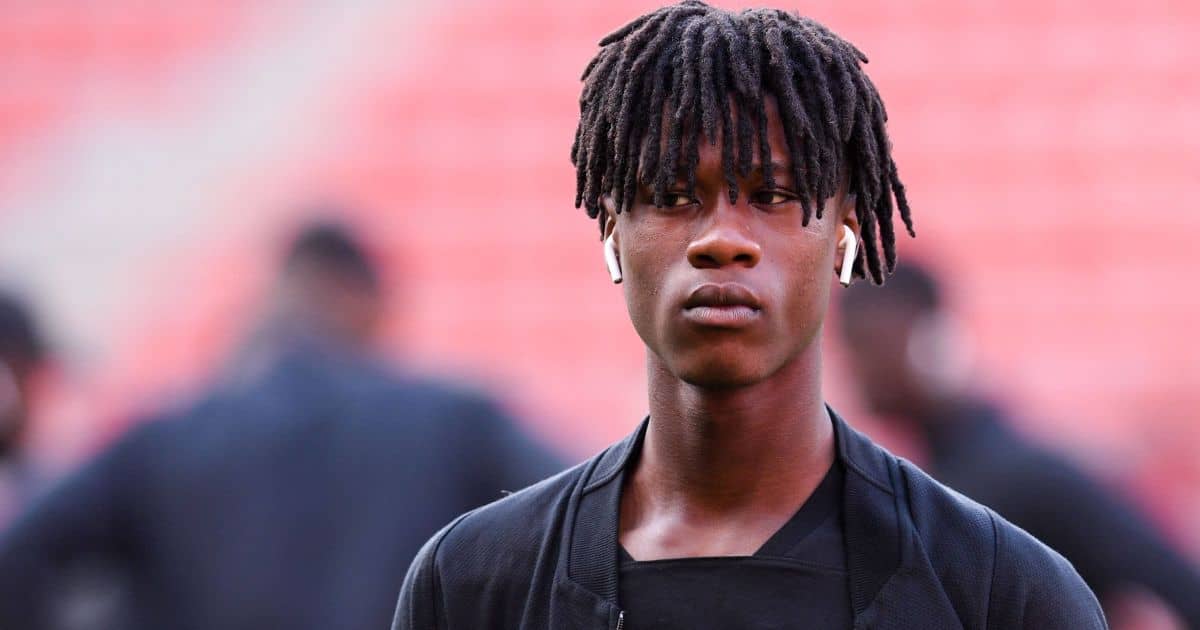 Speaking earlier this month, Camavinga admitted that he enjoys the transfer interest from two European heavyweights.

“My future? I’ve not yet thought it over with my family,” he said.

“I am first concentrating on Rennes. Real Madrid and Bayern Munich interest is something nice, I can’t lie.

“It’s nice that big clubs have interest, but I’m not focused on that.”