Diogo Dalot has seen his Manchester United future come into question again after an Italian side showed interest in a summer transfer, according to reports.

Man Utd welcomed Diogo Dalot back into the first-team fold in the summer after a loan spell with AC Milan. He made 21 appearances in Serie A, which was the most he had ever played in a league season.

Upon his return, the full-back may have had doubts about matching those numbers in Manchester. Aaron Wan-Bissaka remained ahead of him in the pecking order.

As such, there were links with a return to Italy with Roma, where he would have reunited with Jose Mourinho, in the Autumn. But Dalot’s situation changed between that time and the January transfer window.

Indeed, the sacking of Ole Gunnar Solskjaer and appointment of Ralf Rangnick as interim manager opened a new door for Dalot. He has been regarded a better fit for Rangnick’s tactics than Wan-Bissaka.

As such, he has made 12 appearances since Rangnick took charge. Wan-Bissaka has only made three, although illness was to blame for his absence for some games last month.

Before the January transfer window opened, it was clear that Dalot would be off the market. As the summer approaches, though – and with the identity of Rangnick’s successor unclear – rumours are resurfacing of a return to Italy.

This time, the interested party – according to La Nazione – is Fiorentina. Currently enjoying their best season in Serie A for a long time, the revitalised club could make further progress in the summer.

They want to strengthen their defence and have identified Dalot as someone to help in that task. They have not forgotten the form he showed last time he was in Italy.

There will only be one year left on Dalot’s contract with Man Utd by the summer. Therefore, there is a chance for Fiorentina – or anyone else – to acquire him for a reasonable price.

According to La Nazione, the starting point could be around €12m. Fiorentina would prefer that figure to decrease a bit before making a commitment.

Man Utd will have to work out what their long-term plans are for the right-back, who turns 23 next month. His recent revival may make them consider an extension.

But if their new manager has different plans, Dalot’s position will be in question. Given his ability and potential, he would be an attractive proposition for several suitors.

Fiorentina will hope to have stole a march on some of them by making their interest known at an early stage.

Furthermore, their director Nicolas Burdisso has strong contacts in Dalot’s homeland of Portugal. He is hoping to use that to his advantage, aware that there could be a lot of competition.

He will have a clearer idea next month as to where they stand in their pursuit of several targets, including Diogo Dalot. 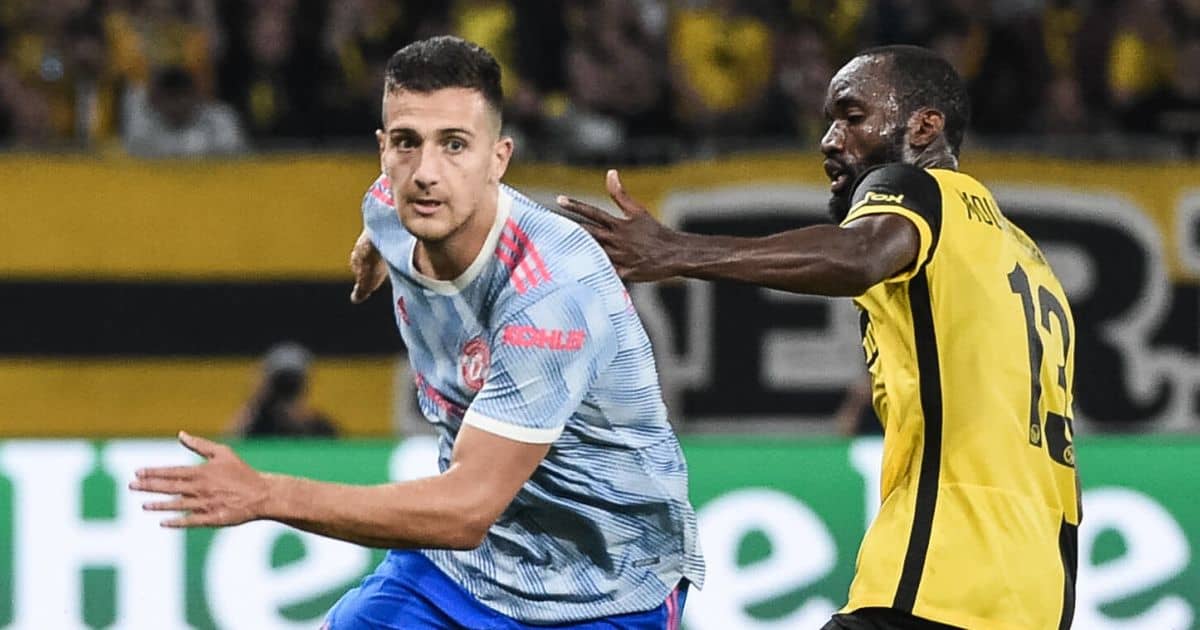 Last month, one pundit praised Dalot for taking his chance under Rangnick, potentially earning his future at the club.

“He never got a chance under previous managers,” Kevin Phillips told Football Insider.

“It’s great to see him getting a run over games and taking his chance under Rangnick.

“He undoubtedly has qualities. You do not get a move to Manchester United unless you have. Now he has the right manager and an opportunity to showcase his abilities he can perform.

“He’s been superb and the stats prove it. He can be a big part of what Rangnick is trying to achieve at United. In Diogo Dalot, Rangnick has found a player who can give him everything he wants from right-back.

“Dalot looks full of confidence. Whatever he is doing, it is working. It is huge for United to have a player like Dalot coming to the fore in a period where they have by large been struggling.”

But what will happen in the summer for the former Porto man remains unclear.

READ MORE: Snubbed Man Utd star has ‘no intention’ of being at Old Trafford next season; ‘will push’ to join Prem rival