The 27-year-old winger is currently a free agent after his contract expired at Real Sociedad.

Belgium international Januzaj is desperate to win a place in his country’s squad for the upcoming World Cup in Qatar.

He hopes to remain playing at the top level in Europe and has been training with Spanish club Malaga in order to maintain his fitness.

Now AS are reporting that Everton have made him an offer to return to England.

However, as we reported earlier this week, they face competition from Januzaj’s ex-United manager David Moyes. 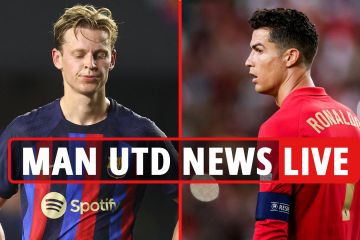 The Scottish manager has also allegedly made an offer to bring the ace to West Ham.

Januzaj made his competitive Red Devils debut when Moyes took over from Sir Alex Ferguson in 2013.

Following his breakthrough he quickly began to thrive under the Scot’s management, but struggled to retain his spot in the first team when Louis van Gaal took over in 2014.

He was then loaned out to Borussia Dortmund and Sunderland before he transferred to Real Sociedad on a permanent deal in 2017.

Everton also face competition from both Napoli and Sevilla.

Toffees boss Frank Lampard has lost attacker Richarlison to Tottenham this summer and admitted after last night’s 4-0 thrashing to MLS side Minnesota United he is desperate for reinforcements.

Januzaj made 166 appearances in total for Sociedad, contributing 23 goals and 21 assists during that period.