Fred has expressed concerns about Manchester United’s long-term planning, admitting “it is a bit strange” to be under an interim manager for the rest of the season.

Ralf Rangnick was handed the reins for the remainder of the 2021/22 campaign following the sacking of Ole Gunnar Solskjaer, with the German moving into a two-year consultancy role with the club at the end of the season.

“It is a bit strange,” the midfielder told TNT Sports Brazil. “I know in football it’s important to get good results as soon as possible, but it’s also important to have a long-term plan.

“I think it’s a little bit bad for us not to have one, at the moment it’s all about the short-term goals. We don’t know how it’s going to be after the end of this season.”

Fred’s comments come as United face up to the prospect of another trophyless season unless they upset the odds and go all the way in the Champions League.

United are in the Spanish capital for the first leg of their Champions League last-16 tie against reigning La Liga champions Atletico Madrid at the Wanda Metropolitano on Wednesday.

Asked if it is crazy to picture United winning this Champions League this year, Fred said: “I don’t think so.

“I know we’re not playing our best football, but we have a lot of quality names in our squad. I see many other teams playing far off from their best as well.

“[To win it] wouldn’t be crazy, it could happen, but we have to work our socks off because we’re far away from being one of the favourites in this competition.” 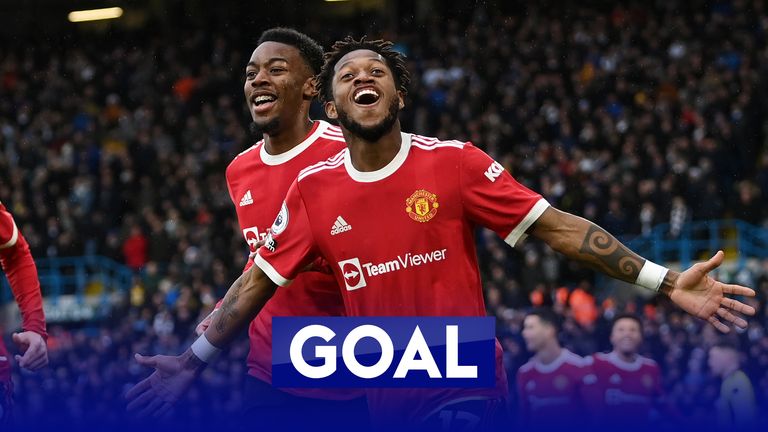 In a thrilling game at Elland Road, substitute Fred scored the all-important third goal for Man Utd in their 4-2 win

He added: “Every player that comes to this club wants to win titles. We want trophies but it’s been a long drought.

“With all due respect to Villarreal, it was our job to win that Europa League final and we failed. It’s about having better football planning at the club.

“If you don’t want to win titles you don’t deserve to play for Manchester United. We’re still in the Champions League but let’s see if we arrive better on next season to find our peak football.”

Diego Simeone believes Manchester United are one of the best teams in the world right now, with the Atletico Madrid manager saying it is difficult to find weaknesses in Rangnick’s side.

Atletico are long since out of the domestic title race like visitors United, but Simeone has been impressed by their recent form.

“We’re facing one of the best teams in the world in the last 14 games, if I’m not mistaken,” Simeone said. “They’ve just lost one. With the new manager, Ralf Rangnick, it’s given the team solidity, teamwork, commitment.

“We can see what Manchester United was always like. They’ve evolved since the new manager arrived, they’re already fourth in the league.

“It’s an intense, dynamic team, very brave, with very good forwards, very good footballers overall and who try to make a huge effort to try and unite the huge talents they have in 11 players.

“It’s going to be a very difficult game, as every Champions League game is. But we have a lot of anticipation to play in our stadium in front of our fans and we’re lucky to play the last 16 at home because we couldn’t play that, we couldn’t do that last year.”

Atletico were hit on the eve of the game by news captain Koke will miss the first leg against a side that Simeone talked up during the pre-match press conference.

“The team is much more compact, it’s stronger,” the Argentinian said. “They have a solidity at the back, they’re a very physical team with the central defenders and the midfield they’ve got.

“They are really strong and it’s really, really difficult to find vulnerabilities there.

“I always assess the virtues of our rival, but of course we will try to find a way to try and hurt them, try and find our way to the goal, if you like.”

Rangnick has overseen a recovery in the Premier League, with only Manchester City picking up more than the 25 points United have gained from 12 games under the German. 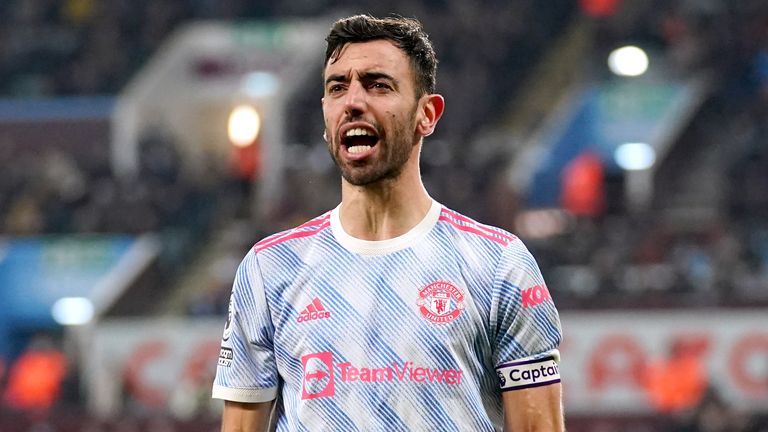 Manchester United midfielder Bruno Fernandes has dismissed talk of dressing room disharmony at the club, insisting the players are united

“We have to follow what the manager and staff think is the best way for us. Here at this club I have never heard anyone complain about the tactics and I hope no one would do,” Fernandes said.

“That doesn’t respect the coach’s ideas because I think we have been doing so well since he arrived. We have more identity as a team.”

He added: “I don’t know what people mean by [these stories] honestly. I was doing an interview and they asked me about Jadon (Sancho) doing my celebration. I don’t think that is something that is going in different ways.

“I saw the goal of [Maguire] and I’m seeing Paul (Pogba) running behind him sliding on his knees. Everyone was happy for him. I was slapping [Maguire’s] head and saying ‘finally you score with that big head’.

“So, I think honestly it’s just people trying to complain and make up stories about this club, because we know when someone talks about us they go around the world with their voice and that’s something they want.

“For us, it means nothing. We stick to the plan and we stick together. That’s the main thing – sticking together and winning together.” 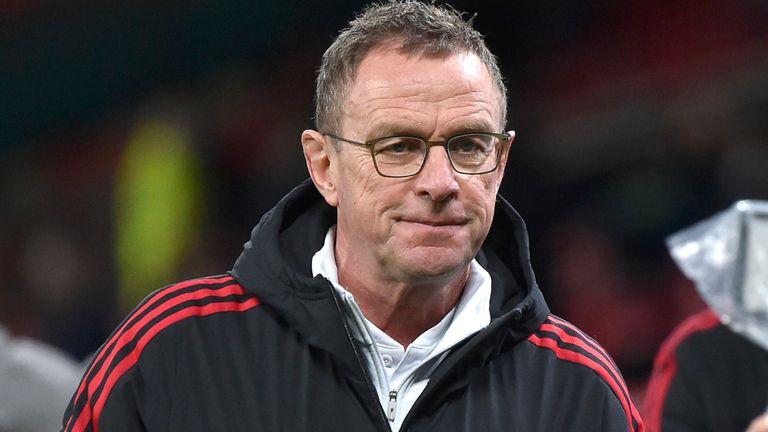 Scheduled to be played on Saturday May 28 at Krestovsky Stadium, Saint Petersburg.