PELE turned down the opportunity to play for Manchester United during his glory years because he was loyal to Santos.

The legendary striker, who sadly died on Thursday aged 82, spent almost his entire career with the Brazilian giants.

But his incredible performances in his homeland as well, as in the World Cup with Brazil, saw the likes of Real Madrid and AC Milan trying to sign him.

United also attempted to land the man dubbed the greatest footballer of all time in 1968.

However, the Brazilian hero ultimately decided to stay put at his boyhood club Santos where he spent 18 years. 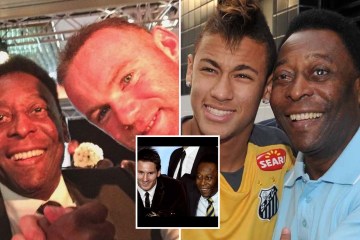 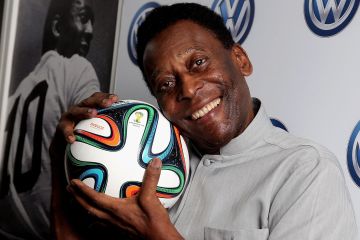 Pele said in 2015: “I was invited to come to Europe many times, to come to Real Madrid, Milan, Manchester United but I was OK.

“Santos was the best team at that time. But today it’s different. Because in my time we didn’t have an agent.

“These days it is not the player, it is the agent who decides where they go to play.

Brazil legend Pele, probably the greatest footballer of all time, passes away after cancer battle

“A lot of players they play one or another team because the agent tells them.”

Pele never played in Europe as he joined American outfit New York Cosmos in 1975, just a year after he left Santos.

The football trailblazer stayed in the US until 1977 when he retired from the sport.