Home News I Was Thinking Oh My Goodness

Diaz has made a massive impact since joining the Merseyside giants in January and has been driving their ambition to win an unprecedented quadruple this season.

The Colombian changed the game at Villarreal on Tuesday night after the Spanish side came back into the tie with two goals in the first half and he could well start in the Champions League final now if he remains fit. 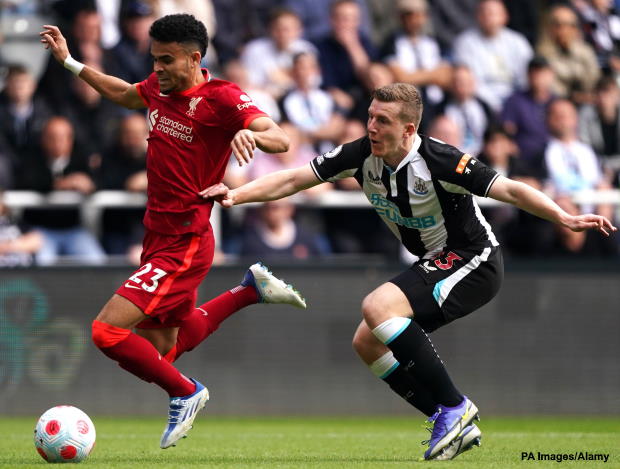 Fortune stressed that Liverpool’s capture of Diaz and the way he has fitted in further exposes the recruitment problems Manchester United have faced over the last few years.

He insisted that it was clear that the Colombian was some player when he was at FC Porto and the former Red Devils star does not understand why Manchester United did not try to sign him.

Fortune told The Athletic: “As much as we don’t want to say it, Liverpool: every time they sign a player, you are thinking, ‘Wow, they look like they have done their homework’.

“Take Luis Diaz. I had been watching him for the last few months and years, thinking, ‘Oh my goodness, this is the player United need to sign’.

“Then Liverpool sign him and you are just thinking, ‘Nooo! How are we missing these players? Come on! Help me out here!’.”

Manchester United have been carrying out sweeping changes to their recruitment department, which saw the exit of two experienced head scouts last month.

Their chief negotiator Matt Judge is also set to leave, with the club now looking to bring in fresh faces into their recruitment team.