The delight of the win spilled over into the morning after, with Harry Maguire — a man with few grounds for mirth recently — explaining how he’d photoshopped the face of a Leeds-supporting friend into an image of his goal celebration because he’d been ‘giving us some stick all week’.

Scott McTominay Instagrammed images of stud marks on his ankle. David de Gea said, ahead of flying out to face Atletico Madrid in the city of his birth, that he doesn’t see himself being anywhere other than Manchester. He has not always felt that way.

But the fourth place that Manchester United occupy is fragile and deeply deceptive. This is because once Watford have been and gone from the M16 postcode on Saturday, United’s fixture list reads like the stuff of nightmares: Manchester City, Tottenham, the second leg against Atletico and then Liverpool. 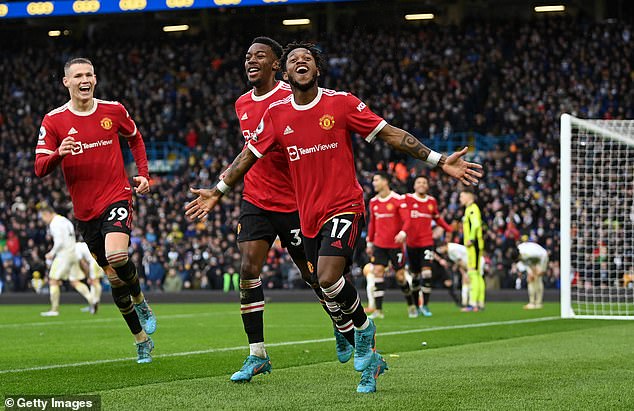 It will demand a lot more rigour than a Leeds side whose 50 goals conceded makes their defence the only rival to Norwich’s ineptitude this season.

The manner of the win at Elland Road was impressive. But it’s easy to be blinded by the 90 minutes and lose the broader picture: that a United season which began with the lavish signings of Cristiano Ronaldo, Raphael Varane and Jadon Sancho is still marooned on the rocks of inadequacy.

In part, that’s because the bond within this group is nothing like the one United once knew. Maguire is not as popular a captain as the club would like the outside world to believe — Ronaldo is liked far more. The question of leadership cropped up when Ralf Rangnick held consecutive, one-to-one meetings with several senior players last week, including Ronaldo, Nemanja Matic and De Gea.

Behind the scenes, Rangnick’s own leadership is not what some had expected. There is a belief that he overthinks thinks and prevaricates — ‘that’s not quite right’ — making it difficult to get decisions sorted. 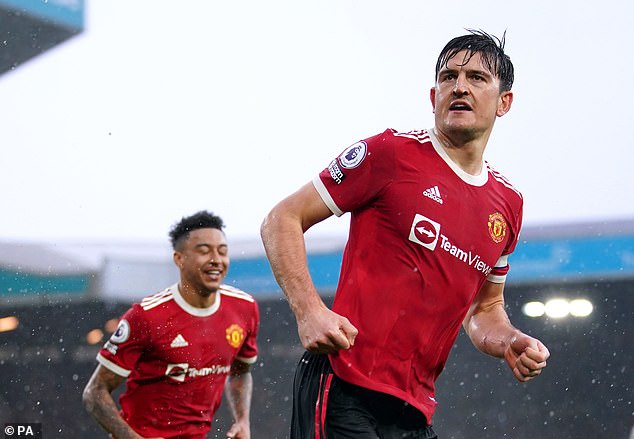 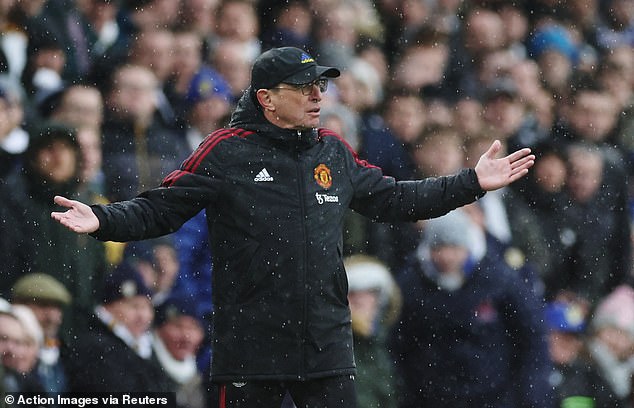 Ralf Rangnick’s leadership is not what some had expected, with the German ‘indecisive’

He’s also not the first in each morning, as Sir Alex Ferguson always was.

Ronaldo finds it hard to see any positives, despite the current top four standing that United hold. 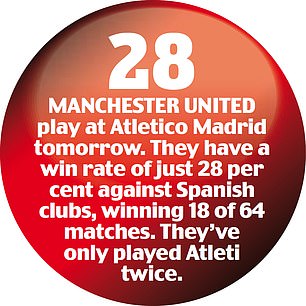 Though this position is largely due to the inconsistency of other sides. He questions where things are going. He will know that the level and consistency outside the top three is average. That is why his own future beyond this summer isn’t certain.

Some of the younger players find it hard to live up to the Portuguese’s standards.

That’s because for so long no one at United has been prepared to crack the whip in the way that Ferguson did.

Ferguson once said that ‘as a leader, you don’t need to be loved, though it is useful, on occasions, to be feared’.

When he ruled Carrington, there would be no disclosure of information about his methods, let alone the leaks that have let it be known that Rangnick delegates coaching to his cheery American assistant Chris Armas — ‘Ted’ as he’s universally known, after the giddy fictional character Ted Lasso — an American coach. 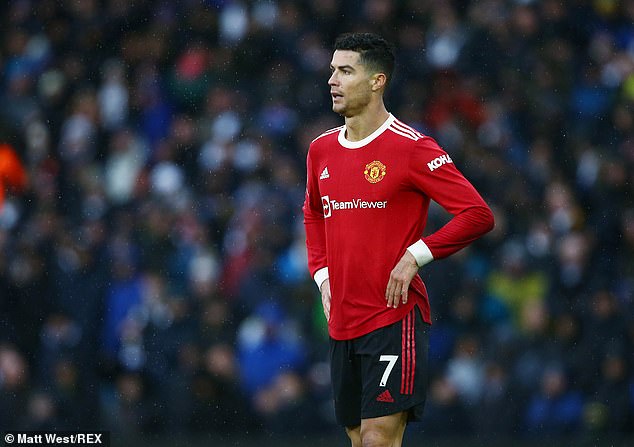 This is a squad longing for permanence, clarity and direction. This presumably lies beyond May, and almost certainly in the form of Mauricio Pochettino if United can fend off Real Madrid.

How desperately all three are needed. A recent ESPN analyst pointed out that when Juan Mata came on as a substitute in the FA Cup defeat by Middlesbrough earlier this month, the 11 players on the pitch had been signed by five different managers.

Ed Woodward’s confused and headline-seeking work in the transfer market means that his departure from United has left a debilitating legacy in this department.

It says much about United’s limited horizons that their main points of encouragement from the win over Leeds were that they finally scored from a corner after 139 attempts and that they fought back after conceding twice to a relegation-threatened team. 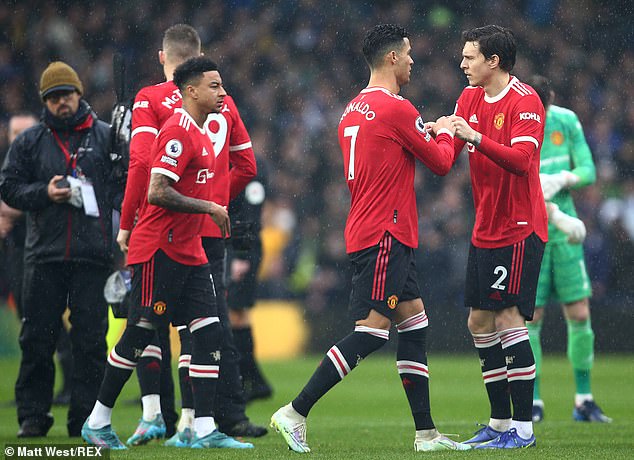 Man City, Liverpool and Spurs wait in what will be a crucial March for United’s season

‘We kept on doing the right things, making the right decisions,’ reflected Bruno Fernandes. When you’re also celebrating your substitutes making more of an impact than any other Premier League side’s this season — United’s have scored 10 — it raises the question of why you needed rescuing.

Meanwhile, the Atletico Madrid XI who were set up to work on preparations for United in training on Monday did not include Luis Suarez — which suggests he might not start. Koke also missed the session and is a doubt.

Rangnick feels that we will see the benefits of the Elland Road win at the Wanda Metropolitano on Wednesday and in that forest of tough games next month.

‘It will give us additional energy,’ Rangnick said. We’ve heard those promises so often in the club’s long, chaotic, dysfunctional years since Ferguson walked away. Don’t hold your breath.

SO, WHERE WILL THE TOP FOUR RACE BE WON?

Jadon Sancho is finding his feet but United must be better defensively and improve their consistency if they are to nail down fourth.

The Hammers have had a recent slump and must be better in games against the teams around them. A win against Wolves on Sunday will set the tone for the run-in.

Arsenal’s young side are thrilling to watch. Bukayo Saka and Emile Smith Rowe have been fantastic. Most of their big games to come are at the Emirates Stadium.

The surprise package are formidable in defence and have been unlucky against the top teams this season. But can Raul Jimenez and Co add more goals in attack?

Antonio Conte’s side will be buoyed by their shock win at the champions. The new signings will have a big part to play and Harry Kane is finding top form. Their defence must improve to finish in the top four.