Leeds fans have been waiting 18 years to welcome Man Utd to Elland Road in the league, while Antonio Conte needs a response from his Tottenham players.

Game to watch – Leeds United v Manchester United
Have Man Utd roused themselves just in time for one of football’s grandest grudge matches, or was their second-half improvement in midweek just another false dawn?

Ralf Rangnick and his players need to ensure it’s the former since the Red Devils’ recent lifelessness won’t be tolerated by the travelling supporters at Elland Road on Sunday in the same was it was against Boro, Burnley and Southampton.

Nor will the home fans allow their visitors to enjoy a serene afternoon. The Leeds faithful have waited over 18 years to get their hated rivals back to their place for a league encounter. Fergie and co. popped over the Pennines for a League Cup meeting in 2011 and that was poisonous enough despite the game being a procession, with the Red Devils 3-0 up at half-time.

Now, with Leeds back in the top flight, the Yorkshiremen owe their Lancastrian neighbours for a pair of pummellings at Old Trafford since Marcelo Bielsa brought them back to the big time. The absence of supporters made last season’s 6-2 marginally easier to bear but the opening day 5-1, when Ole Gunnar Solskjaer’s men looked like title contenders rather than the also-rans they have shown themselves to be, was a haunting and humbling experience.

But Bielsa won’t change. Consecutive Old Trafford tw*ttings prove that, if proof were needed. But at Elland Road, in what promises to be one of the hottest atmospheres of the season, Man Utd’s recent listlessness won’t suffice. They will have to match the intensity of Leeds, something they haven’t come close to seemingly for months now.

For Rangnick, it is perhaps ideal preparation for a midweek Champions League trip to Atletico Madrid next Wednesday. But Leeds and their supporters certainly won’t be lusting after anything but vengeance this weekend and the Red Devils manager and players have to show the mettle many still doubt they possess just to avoid becoming victims of a revenge mission that may see morale at Old Trafford plummet to miserable new levels.

Why do Leeds and Manchester United hate each other so?

Team to watch – Arsenal
Mikel Arteta would never admit it, but Arsenal are another side looking for revenge this weekend.

The Gunners were also embarrassed on the opening weekend, when they kicked off the campaign at Brentford, even if Arsenal’s season didn’t really start until four games in. A 2-0 defeat illustrated the size of the task facing Arteta and set the tone for a miserable few weeks that many felt ought to have cost him his job.

Credit to the Arsenal manager: Arteta re-floated a sinking ship and put it back somewhere close to its intended course. They remain in a good position to finish in the top four – even if they sit sixth – with three games in hand on Man Utd and West Ham above them.

United, West Ham and Spurs have all passed up chances to open up a bigger gap on Arsenal in the past couple of weeks while the Gunners have been comparatively inactive. Now Arteta’s side, shorn of the suspended Gabriel Martinelli, simply must capitalise on that opportunity against a Bees side that have taken only one point from the last 18 available.

Manager to watch – Antonio Conte
It was going to happen eventually, but even for Conte, the Tottenham manager has been quick to take the fight to his board.

Conte this week spoke out about Spurs’ January transfer window, suggesting his squad finished the month “weakened” in comparison to how it began. Numerically, that is true. They got rid of four players while buying two. But Conte had already decided that he didn’t much fancy three of the four exits and he barely bothered to even look at Giovani Lo Celso.

His first XI, if you include Dejan Kulusevski and Rodrigo Bentancur, should actually be stronger than it was. Not that you would tell from a run of defeats that have seen Spurs take no points from their last nine while shipping seven goals to drop to eighth in the Premier League table.

On top of the moan about Spurs’ transfer business, Conte has also had a whine at the absence of a “winning mentality” in his players. Doubtless he is correct on both counts. But after making his points long and loud, perhaps getting his excuses in first, now it’s time to do what he was hired for and get the best out of these players, even if they aren’t necessarily the ones he wants.

Orchestrating a resolute, defensive performance to throw a spanner in the works of Manchester City’s winning machine would allow Conte to demonstrate that he’s keeping his end of the bargain.

Player to watch – Matt Targett
The other full-back Newcastle signed in January has already become a Toon icon, with Kieran Trippier scoring a couple of free-kicks while apparently prompting some of his teammates to pull their finger out and drag the Magpies up the table.

This weekend, it’s the other one’s turn to take centre-stage, especially with Trippier crocked. Targett joined on deadline day and though he made a positive first impression against Everton, the Villa loanee was ineligible to face his parent club.

He will doubtless come back into Eddie Howe’s XI because on Saturday, Newcastle will face the Premier League’s most productive English attacker.

Jarrod Bowen has been on fire this season, scoring eight goals – his tally throughout the whole of last season – and creating 10 more. His form has been enough to prompt fresh contract talks and the likelihood of his first England call-up next month.

Bowen has already tormented Targett once this season, in a 4-1 win for the Hammers at Villa Park in October. The Newcastle new boy will have to demonstrate what Howe saw that Steven Gerrard could not if the Magpies are going to stop the Champions League-chasing Irons at Saturday lunchtime. 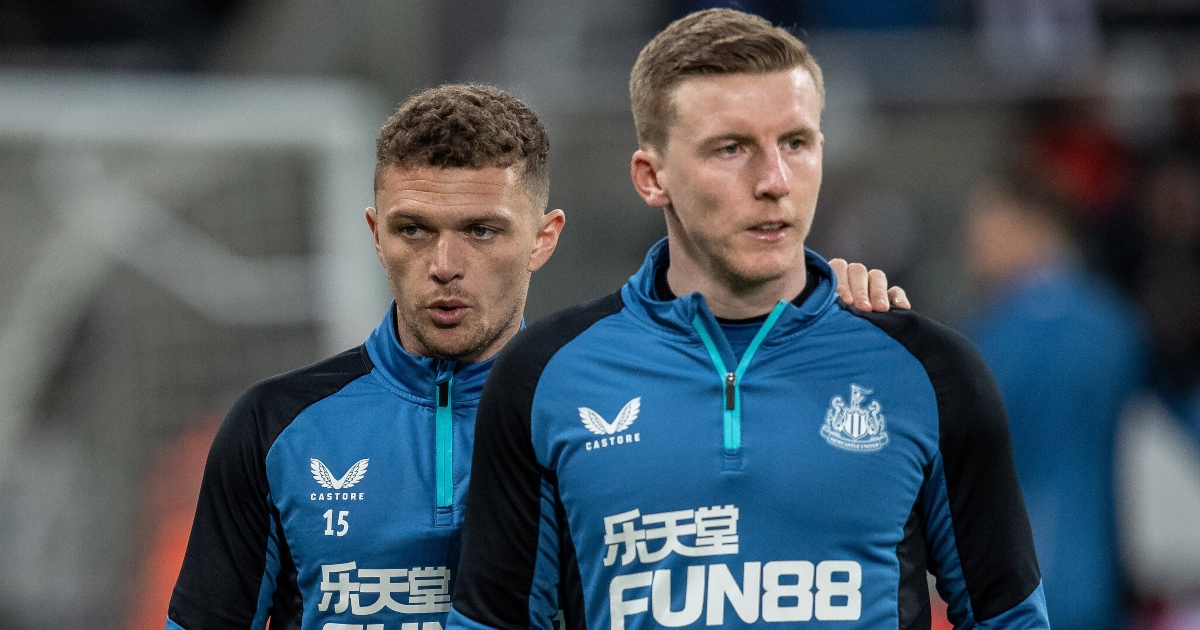 There are exciting match-ups at both ends, with Dusan Vlahovic looking to continue a fine start to his Juventus career against Torino’s in-demand centre-back Gleison Bremer, while at the other end, Andrea Belotti is back from injury and looking to escape the close attention of Leonardo Bonucci.

Right now, Torino are just existing in mid-table in Serie A and a positive result in the derby is needed to arrest some ropey recent form which has seen them go three without a win. Juve need victory, not only for the bragging rights, but also to maintain fourth place, with Atalanta breathing down their necks.

EFL game to watch – Bournemouth v Nottingham Forest
If you prefer your Friday nights a little more Championship-y, then the Cherries taking on the Tricky Trees might be more your thing.

Forest need to end Bournemouth’s recent run, not only for their own promotion hopes, which are probably best placed in the play-offs, but also for the prospects of Blackburn and QPR, who have allowed the second-placed side to open up a four-point cushion.