MANCHESTER UNITED are aiming to finish the season strongly when they travel to Brighton this evening.

And then the Red Devils will have a new manager in the summer when Erik ten Hag joins from Ajax.

United have recovered from their defeat at Arsenal with a draw at Chelsea and then victory over Brentford last time out.

It was after their final home game against the Bees that Cristiano Ronaldo – who has one year left on his United deal – seemed to say: “I’m not finished yet.”

The Portuguese superstar appeared to mouth the words during a post-match lap of honour in regards to still being at the club next term.

But now he has insisted that was NOT what he said amid speculation over his future at Old Trafford.

In response to an Instagram post about his message into the camera, Ronaldo replied: “I didn’t say that.”

The United legend has scored 24 goals in 37 appearances for the club so far this season. 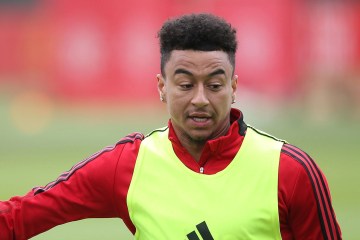 When is Brighton vs Man Utd?

Brighton vs Man Utd takes place on Saturday, May 7.

What TV channel and live stream is Brighton vs Man Utd on?

What is the Brighton vs Man Utd team news?

Jadon Sancho remains out for United with tonsillitis, while Paul Pogba and Luke Shaw are also sidelined.

While Harry Maguire has returned to training and is expected to feature.

Enock Mwepo is a doubt for Brighton with a groin injury.