Liverpool and Manchester United players feature in this list of Championship loanees who are ready for the top flight.

Neco Williams (Fulham on loan from Liverpool)
The ease with which Williams has taken to Championship water has been no surprise. There is no crime in not being as good a right-back as Trent Alexander-Arnold, but in the second tier, Williams has been every bit as electric, enigmatic and dynamic as his parent club’s first-choice full-back during his time with promotion favourites Fulham.

There are reports surfacing already that Fulham are interested in securing the services of the 20-year-old on a permanent basis. Having solved the Cottagers’ perennial right-back problem while scoring and assisting on twice each, it is unlikely to just be Marco Silva’s side in the hunt for the Wales international over the summer. His is a talent which needs to be shown consistently at the top level. That could happen at almost any of the non-elite Premier League sides.

Nat Phillips (Bournemouth on loan from Liverpool)
Another one which hasn’t come as a shock. Phillips stepped up to the plate admirably with Liverpool last season during the Reds’ injury crisis and has performed admirably since his shock loan switch to Championship side Bournemouth. Phillips was regularly linked with Champions League chasers West Ham and richest club in the world Newcastle in the build up to and during the January transfer window.

Having completed 90 minutes seven times out of eight possible fixtures since swapping Merseyside for the south coast until the end of the summer, Philips has played a part in getting Bournemouth back to form after a wobble either side of Christmas. Like Fulham, Bournemouth appear to be in good position for a return to the top flight. Like Williams, it won’t just be his current loanee club interested in the defender.

Levi Colwill (Huddersfield on loan from Chelsea)
Like the inspiration behind this list, Marc Guehi, Levi Colwill has been thrown into the Championship from Chelsea with no prior senior football experience and blossomed superbly. Alongside the more experienced Tom Lees and Matty Pearson, Colwill didn’t look out of place in the Terriers’ back three during their ascent up the table. An injury in the New Year kept Colwill on the sidelines during Huddersfield’s best run of the season, but there has been no denying the impact the teenage has had in Kirklees.

With Chelsea’s future in doubt and given their new willingness to promote their academy talents, Colwill could find himself with a part to play at Stamford Bridge next season. He would not look out of place.

Morgan Gibbs-White (Sheffield United on loan from Wolves)
Defenders have dominated so far, but Morgan Gibbs-White has the attacking output of multiple players for Sheffield United this season. Having impressed at this level with parent club Wolves and on loan at Swansea last season too, the England youth international is in early danger of joining a group of players too good for the second tier yet not good enough for the top flight.

Wolves’ allergy to scoring goals this season mean the man who is on course to register double figures in both goals and assists and has been the talisman under Paul Heckingbottom’s permanent reign in the Bramall Lane dugout, could and should star at Molineux in 2022/23.

Jan Paul van Hecke (Blackburn on loan from Brighton)
One half of a Brighton pairing enjoying temporary switches in Lancashire, Dutch centre-back van Hecke has had a big impact on Rovers’ unlikely promotion bid alongside winger Reda Khadra, both of whom joined Tony Mowbray’s side on loan from the Seagulls last summer.

Despite a spotty disciplinary record, van Hecke has been nothing short of a rock for Blackburn since getting integrated into the team, being part of 12 clean sheets from his 25 appearances for the Championship side. It would be little surprise to see him added to Brighton’s impressive roster of first-team centre backs next season.

James Garner (Nottingham Forest on loan from Man Utd)
Talk of becoming a fixture in the Manchester United first team next season may be fanciful and would likely not benefit Garner as much as playing regular football elsewhere in the top flight, but excitement about the midfielder’s future with his parent club is understandable given his impressive spell with Nottingham Forest.

Having endured a so-so half season with Watford in 2020/21, Garner made the switch to the City Ground last January and the eventual 18-month term will see Garner transformed fully from a boy into a man. He proved against Liverpool in the FA Cup that he, like many of his teammates, can hold their own against the elite. Is Garner an upgrade on Scott McTominay? Perhaps. He is almost certainly better now than Nemanja Matic, but being away from the toxicity of Old Trafford for another 12 months may be the best option. 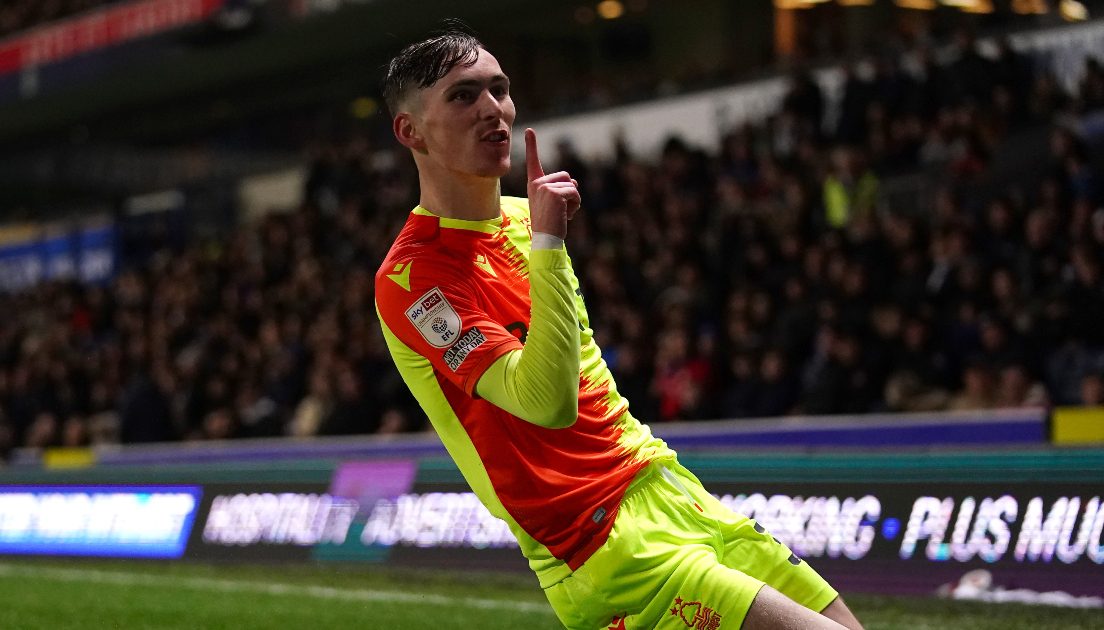 Daniel Iversen (Preston on loan from Leicester)
Taking goalkeeping duties for the Championship loanees this season is Leicester’s Danish shot stopper Iversen, who has impressed during the bad times and the good for Preston this season. In fact, Iversen has impressed under three managers at Deepdale – Alex Neil, Frankie McAvoy and currently Ryan Lowe.

Like Garner, and like Guehi in his time at Swansea, Iversen has benefitted from a six-month loan stint before a full season switch the season after. Having gotten used to his surroundings last season, Iversen has kept an impressive 12 clean sheets in 38 league appearances as an ever-present for a side in the lower mid-table for much of the campaign. He looks a better option than Danny Ward to challenge Kasper Schmeichel for the gloves back at the King Power next season.

Cody Drameh (Cardiff on loan from Leeds)
Such is the the small squad size at Leeds, it seemed a surprise that young full-back Cody Drameh was allowed to leave on loan even if he was just a body with working arms and legs.

But if Cardiff’s revival this side of Christmas can be put down to the collective group effort championed by manager Steve Morison, Drameh can lay claim to being a big part of that push. His performances in the second tier mean he could have easily played a part for injury-ravaged Leeds and next season, he might get the chance to do just that under Jesse Marsch.