By Joe Bernstein for The Mail on Sunday

Manchester United face a fight to sign No1 target Declan Rice this summer with the England midfielder waiting to find out the level of interest from boyhood heroes Chelsea.

United are ready to step up interest in 23-year-old Rice with the need to sign a midfield general becoming a top priority.

Friday’s FA Cup exit against Middlesbrough means they are unlikely to win a trophy until 2023 which will represent their longest run without silverware since the early 1980s. 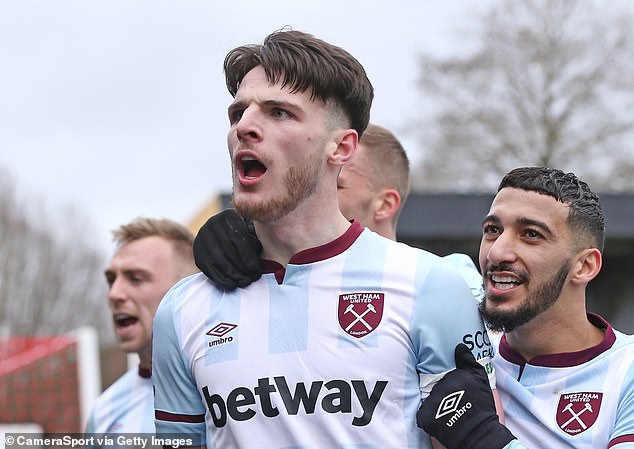 West Ham have put a £100million price tag on Rice and the England international is likely to be high demand.

Manchester City have made strong advances before but Rice would ideally love to return to Chelsea having been released by the club at 14.

Chelsea would need to sell N’Golo Kante to free up space in Rice’s position but that is a possibility with the French World Cup winner now in his thirties.

Rice showed in an interview with Gary Neville last week that he remains a homeboy still spending most of his free time in Kingston-upon-Thames where he grew up a few miles from Stamford Bridge. 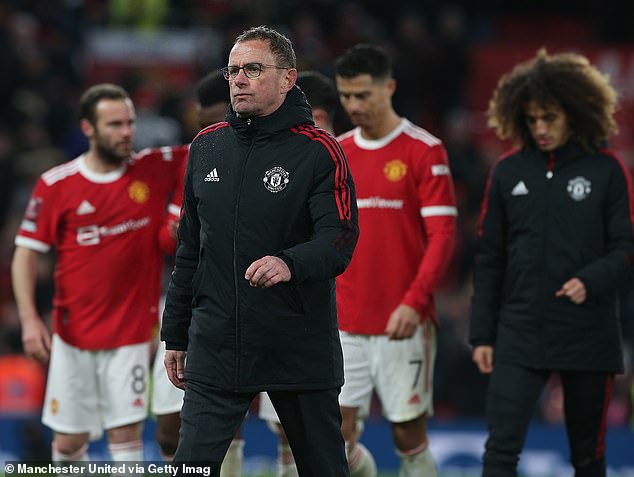 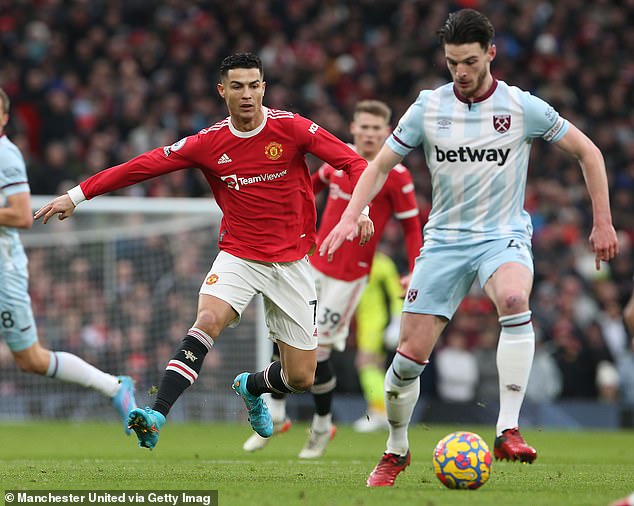 However, the England star is holding out to see if boyhood club Chelsea are interested

United are reeling as a club with the arrest of Mason Greenwood adding to their on-field problems. Manager Ralf Rangnick’s prospects of extending his spell as manager beyond this season’s interim period are receding with the club looking to appoint a big-hitter like Mauricio Pochettino for the long-term.

There have also been disagreements between Rangnick and Jesse Lingard and the now-departed Anthony Martial. Both players rejected his claims that they had asked not to play in games for United.

The German is trying to rally the troops before Tuesday’s game at Burnley which is key to the team’s top-four hopes. 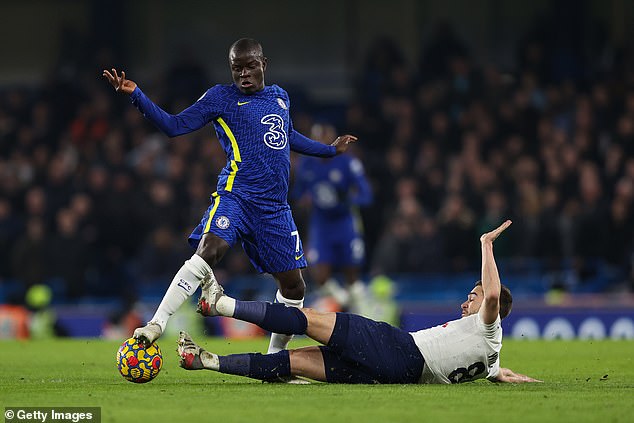 ‘I think we have played well in the last couple of weeks in the league and also against Middlesbrough in the first-half,’ he said.

‘I don’t think we could have done a lot of things better apart from scoring more goals but the way the team played I was more than pleased with our performance.

‘There is not a lot of time to prepare for the next important game at Burnley on Tuesday and we have to take our chances better and with more quality than we did today.’

Conte taunts Man Utd as he lauds Spurs, Arsenal in fight against ‘monsters’