THE January sales. Three words guaranteed to strike fear into every bloke in the land.

Just when you think the wallet’s survived a Christmas hammering, all of a sudden there are loads more “must-have” bargains to give it another battering.

Now Erik ten Hag and Jurgen Klopp aren’t two names you’d think would be waiting for the doors to open with the shopping bags ready.

But this year it is hard to imagine another couple hoping the credit cards will be maxed out quite as much as this pair.

Nothing from the cut-price rail either. Only high-end, top-of-the-range goods will do. None of your slight seconds here, thank you very much.

For the managers of England’s biggest two clubs, it’s proven, grade-A performers on the shopping list and nothing less. 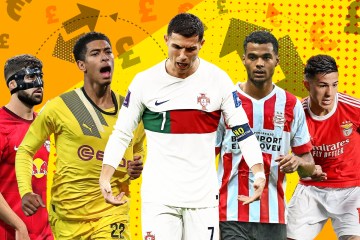 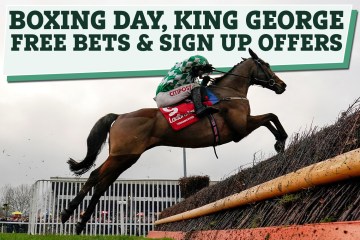 They will cost, for sure, but then again, both Ten Hag and Klopp say they have been promised serious money.

Well now is the time for the moneymen at Old Trafford and Anfield to back up those words with actions.

Because if they don’t, the repercussions could echo way, way beyond what happens over the second half of the season.

They could impact the entire future of the two clubs.

That’s not your typical Sky Sports whip-it-up transfer window baloney, either. This one goes much deeper.

This one comes with both clubs on the market and looking for a buyer.

At a time when they both currently sit outside the top four — with no guarantee of finishing in there, either.

So there will be some  very interesting trans-Atlantic conversations over the coming weeks to the offices of the Glazers and John W Henry.

There are some massive decisions to be made by the American owners of the Premier League’s big two.

And unless they accept the need to speculate before they can accumulate, they can forget all thoughts of getting anywhere near the eye-watering prices being bandied around.

In United’s case, figures as high as £8billion have been mentioned, while Henry is said to want £5bn for the Reds.

But anyone willing to splash that sort of dough around wants certain guarantees for the money. First and foremost, a seat at football’s top table — the Champions League.

And that is far from certain for at least one, maybe both giants this season.

Manchester City’s place in there is nailed on, so there’s one slot gone, while Arsenal look like they’re in it for the duration.

That leaves two. Spurs are currently in there, and they won’t suddenly plummet, and although Newcastle are still a season or so off being genuine challengers, they’re in the mix.

Chuck Graham Potter’s Chelsea into the equation as well, and the prospect of at least one missing out is more probable than possible.

Ten Hag desperately needs more goals in his side, while Liverpool’s need is for legs and energy in midfield.

The problem they both have is everyone knows it, too, so the price of any target will reflect that.

Of course the Glazers and Henry may believe their clubs are so big that any interested party would not be put off by the thought of Europa League football instead.

If that’s the case they may decide to keep their money in their pockets, rather than spend millions on something they’re trying to get off their hands.

Well good luck to them if so, because that’s one hell of a gamble to take.

It’s all well and good to be fluttering their eyelashes at would-be foreign buyers but if that means losing sight of the job in hand, the consequences could be costly. Very costly.

The rivalry between Anfield and Old Trafford has long been one of the most bitter and hard fought anywhere in football.

Yet never have the stakes been as high as this . . . and unless they have the foresight to realise it, both of them could end up as losers.