Man Utd have let Barcelona know of their ‘intention’ to make a proposal that would see a superstar forward move to Old Trafford, according to a report.

Barcelona’s financial strife has dominated the football headlines as of late. The club had previously agreed a new contract that would have kept Lionel Messi at the Camp Nou until 2026. However, in a shock twist on Thursday, Barcelona announced his deal could not be ratified.

Messi now appears on course to join PSG, though will hold a press conference on Sunday to address the situation.

Aside from the Argentine icon, additional exits are expected to materialise as they desperately seek to generate vital funds.

Their situation is reportedly so bad that they are yet to officially register a number of their free agent signings – including Sergio Aguero and Memphis Depay.

As such, the list of Barca playing assets who are not available for transfer this summer is a small one. And one player who has been persistently linked with an exit is Antoine Griezmann.

The French attacker, 30, had been the subject of speculation linking him with a return to Atletico Madrid in a swap deal that would see Saul Niguez move the other way. 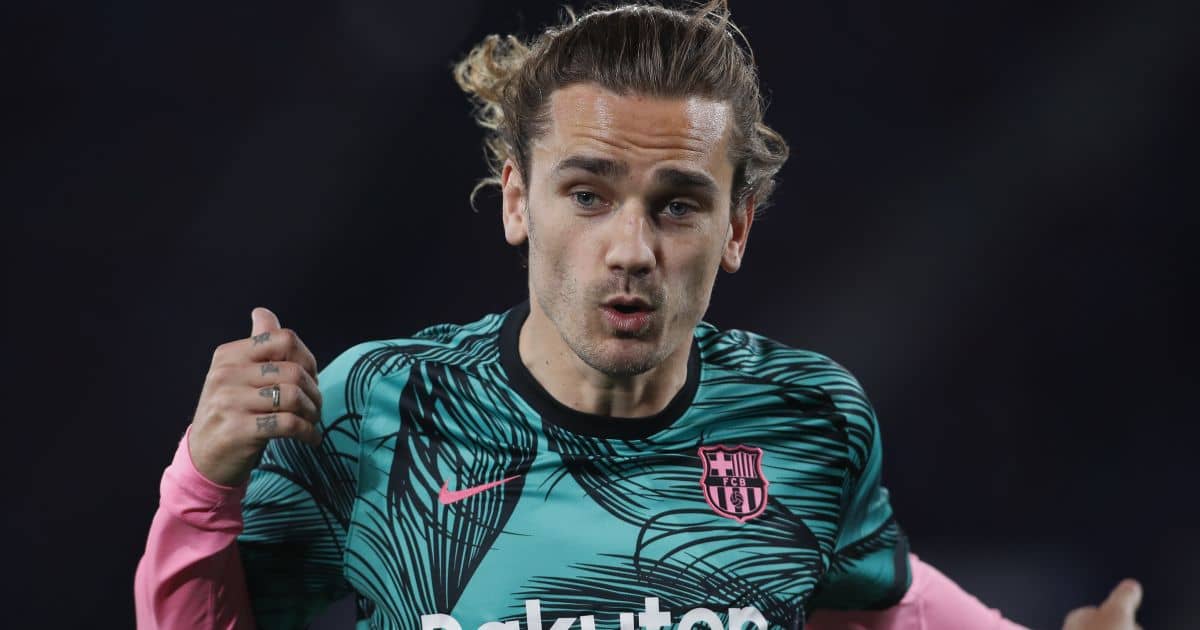 With the full state of Barcelona’s financial meltdown now in the public domain, that move no longer appears viable.

Instead, a surprising report from Spanish outlet TodoFichajes reveals Man Utd are in the frame.

The outlet claim Griezmann ‘will be next to leave’ Barcelona. It’s then noted Man Utd sense a ‘clear opportunity’ to secure an unlikely transfer.

Furthermore, they state everything points toward Man Utd ‘presenting a proposal shortly’.

Whether the claims are to be believed, only time will tell. Jadon Sancho’s £73m arrival has already bolstered the forward line. Though Marcus Rashford is facing an extended period on the shelf after it was confirmed he would undergo shoulder surgery to fix a long-standing issue.

Removing Griezmann from Barcelona’s books would be of great benefit to the Spanish side financially. Additionally, Man Utd are one of the few clubs who can afford to pay the Frenchman’s high salary in full.

Nevertheless, a Griezmann swoop would not necessarily align with the profile of player Man Utd have signed in recent windows. Furthermore, their next objectives in the market are believed to be the acquisition of Kieran Trippier and a central midfielder.

Meanwhile, Ole Gunnar Solskjaer provided updates on the statuses of Jadon Sancho and Raphael Varane after putting Everton to the sword to conclude pre-season.

Man Utd wrapped up their pre-season campaign with a comprehensive 4-0 victory over Rafael Benitez’s Everton. Sancho did not feature in the contest having not yet reported to training. The Manchester Evening News recently reported he was due to return from holiday on Friday, though the new date now appears to be Monday.

Varane, meanwhile cannot yet officially be called a Man Utd player with the Frenchman still yet to undergo a medical.

Explaining the status of the pair, Solskjaer said after the victory (via Man Utd’s official website): “The medical with Raphael [still] has to be done. He’s isolating at the moment.

“Jadon is in for Monday and hopefully then he’s in decent nick and can be involved [against Leeds].”