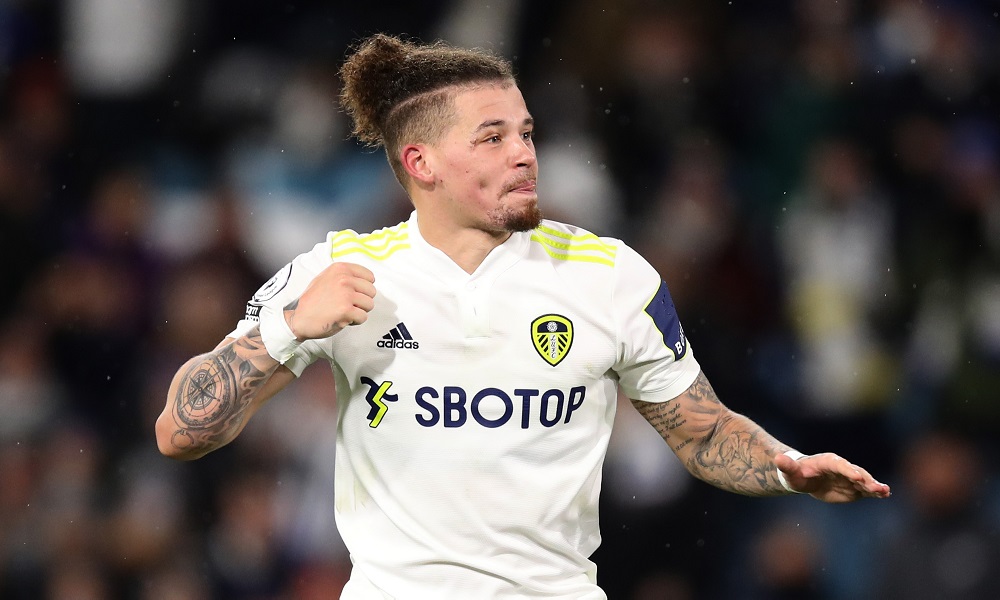 Manchester United could launch an audacious late deadline day move to sign Kalvin Phillips after West Ham tabled a £50m offer for the Leeds United midfielder, according to the Express.

Phillips has enjoyed a meteoric rise over the past few years as he’s developed into one of the most highly-rated midfielders in the Premier League having starred for Leeds United since helping them win promotion to the top flight in 2020.

The 26-year-old has now also established himself at international level as he was a key part of Gareth Southgate’s England team that reached the European Championship final last summer.

Understandably, Phillips has attracted interest from a number of top clubs with Man Utd and Chelsea among those linked in recent months but the Evening Standard claims it’s West Ham who’ve formalised their interest with a £50m offer.

David Moyes is seemingly trying to pull-off an ambitious swoop for Phillips on deadline day as he looks to boost West Ham’s chances of snatching that all-important fourth Champions League qualification place this season.

However, the Express says West Ham are likely to face stiff competition from Manchester United as they say the Red Devils could now be forced to step-up their interest in Phillips. The newspaper claims United showed a keen interest in signing the England international earlier in the month and could now renew that pursuit with a late move to land the Leeds United star before the window closes.

Ralf Rangnick had been tipped to bring in a new central midfielder this month as with Paul Pogba still recovering from a serious thigh injury, United have been heavily reliant on Fred and Scott McTominay in the middle of the park.

Dutchman Donny van de Beek is also off to Everton on loan so Man Utd are light of options in midfield and Phillips would be a terrific addition if they could lure him to Old Trafford.

The midfielder would no doubt be given a significant pay rise on his current £25,000-a-week wages if he was to join Manchester United but the Express says the Leeds academy graduate may be reluctant to join the Red Devils due to the fierce rivalry between the two clubs.

We’ll have to wait and see how things develop over the course of deadline day but you’d have to say it would be an audacious move by Man Utd if they did make a formal attempt to land Phillips before the window slams shut.