DIOGO DALOT could reportedly join Roma after forging a ‘special bond’ with Italy.

And that could open the door for a summer switch to Jose Mourinho’s Roma.

The Special One signed Dalot for United in 2018 from Porto for £19million.

And he reckons the Portugal international is the ideal man to strengthen Roma’s dodgy defence.

Dalot has played 20 games for United since returning from Milan. 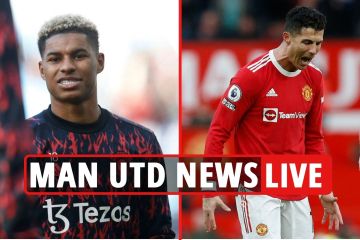 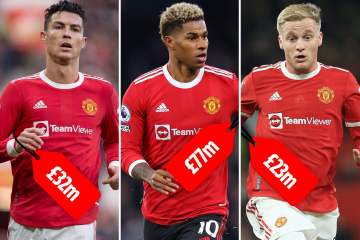 But he is still yet to fully prise the role from Aaron Wan-Bissaka and could be tempted by the prospect of a return to Italy.

But the versatile Englishman has not convinced in Rome.

And Mourinho plans on sending him back to London once the loan spell ends this summer.

Roma are currently sixth in Serie A, 13 points off leaders Milan.

And Mourinho is also plotting to raid Arsenal for Granit Xhaka, as well as Spurs for Pierre-Emile Hojbjerg.

He could even make it FOUR Premier League signings should he follow up on interest in Man United defender Eric Bailly.