ERIK TEN HAG is set to be without a number of stars for Manchester United’s Prem return, but still thinks the Red Devils are the hottest ticket in town.

Maguire has suffered with illness and is being assessed on a daily basis.

Meanwhile, it is not clear when fellow defenders Lisandro Martinez and Raphael Varane will be fit following their World Cup final exploits, though Ten Hag expects them to be back and ready quickly.

Martinez was allowed to return to Buenos Aires to celebrate Argentina’s triumph over France in the final.

Despite his problems, the former Ajax boss joked that a United ticket would be the perfect Christmas present. 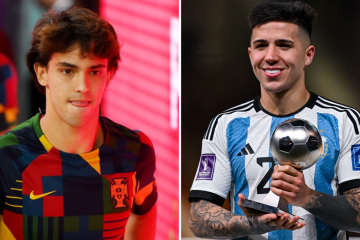 During his festive message to fans, the United boss was asked what his ideal football present would be.

He said: “I would say a ticket to a great game.

“And I think Manchester United must be involved.”

The Red Devils face a fight in the second-half of the season to get themselves into the Champions League places.

United went into the World Cup break trailing Newcastle by four points and Tottenham by three – but they have a game in hand on both.

Ten Hag will be under pressure to get United back to Europe’s top table as the club look to recover from a dreadful season last year.

It appeared the Dutchman had his work cut out when the club lost their first two games to Brighton and Brentford.

But since then things have improved dramatically and wins over Arsenal and Spurs in Autumn demonstrating improvement.