MANCHESTER UNITED are in negotiations over a shock move for goalkeeper Martin Dubravka, it’s been claimed.

The Red Devils are on the lookout for a new stopper as competition for David de Gea and Tom Heaton.

Erik ten Hag was keen on signing Eintracht Frankfurt’s Kevin Trapp but has reportedly turned his attention to landing Newcastle stopper Dubravka after being outpriced by the Germans.

That’s according to The Daily Mail, who claim the club have held “talks” over a late deal for the Slovakia international.

Newcastle would likely want a hefty fee for their No2 as selling him in the coming days would leave them with little time to find a replacement.

Toon boss Eddie Howe was left stunned by United’s reported interest in Dubravka and claimed he “didn’t know” anything of it. 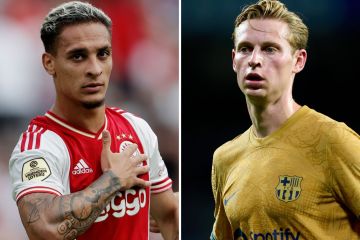 But he’s refused to rule out the possibility of the Slovak leaving St James’ Park before the transfer window closes next month.

When asked about possible exits, the former Bournemouth boss said last-minute departures would be a “late call.”

The 33-year-old has yet to feature this season, warming the bench in Newcastle’s Premier League clashes with Nottingham Forest, Brighton and Manchester City.

Newcastle will be back in action on Sunday, travelling to Molineux to face Wolves.