Manchester United loanee Axel Tuanzebe will not get to experience Europa League football while out on loan with Napoli, according to reports.

Axel Tuanzebe recently joined the Italian side after his third loan spell at Aston Villa ended abruptly. After the appointment of Steven Gerrard mid-season, the defender did not get the same gametime he enjoyed previously under Dean Smith.

Behind Tyrone Mings and Ezri Konsa in the pecking order, as well as Kortney Hause, Tuanzebe’s prospects at Villa became dimmer.

As such, Man Utd came to a decision to cancel their agreement with Villa, whom they had previously sent the defender to when they were in the Championship.

With a contract expiring in 2023, the next step for Tuanzebe would be critical to protecting his market value or determining his longer-term United future.

Napoli managed to lure him abroad for the first time in his career. They signed him on a dry loan until the end of the season.

However, there has been a feeling they will be open to negotiations for a longer-term stay should all go to plan. All parties will have to wait to find out, though.

But a telling clue has come from the fact that, as per Gazzetta Dello Sport, Napoli have not included their new boy on their squad list for the knockout phase of the Europa League.

Napoli will face Barcelona this month in a two-legged glamour tie in the play-off round for a place in the quarter-finals. But Tuanzebe will not be involved due to technical reasons.

His absence could have been because of back issues that have been troubling him recently. But that is not the whole story.

In fact, Napoli coach Luciano Spalletti has given his approval to the decision to leave Tuanzebe out. He expects to have Kalidou Koulibaly back from the African Cup of Nations soon at centre-half.

Furthermore, at right-back, he rates Giovanni Di Lorenzo more highly. His versatility is one factor, even though Tuanzebe can make his own case in that regard too. 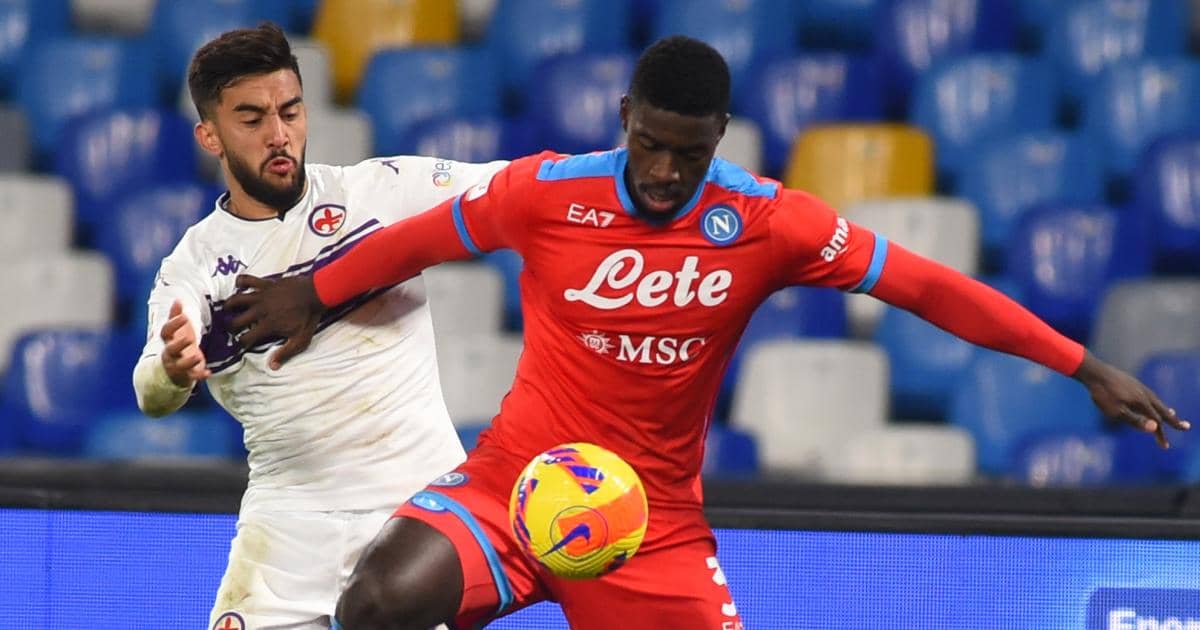 His opportunities in Naples will now be restricted to domestic action. So far, he has made one start in the Coppa Italia and one substitute appearance in Serie A.

United will be watching developments closely, given that they would presumably have expected Tuanzebe to find himself in a favourable situation to the one he was in at Villa.

There is still plenty of time for him to rack up games before the end of the season. But they won’t be coming in the Europa League.

Cup-tied for the FA Cup: Everton one of the biggest losers after the January transfer window

One of the agents who helped Axel Tuanzebe move to Italy recently criticised Man Utd’s policy.

“They were looking for a structured defender but with speed in his legs, and Axel married very well.

“He still has to express himself to the maximum but he’s very strong and can be very useful to Napoli.

“I believe that Manchester United has made particular decisions for the growth of their young players. I don’t think they have a policy to improve their training.

“They are confusing in the management of players under contract. Tuanzebe has returned to these managerial changes.”