MANCHESTER UNITED and Arsenal are leading the chase for Norwich’s Max Aarons.

Aarons, 22, has two years left on his deal but with rock-bottom Canaries.

But with his side facing an uphill fight to remain in the Premier League, this could be the time for them to cash in.

Barcelona and Roma have also previously been interested in Aarons, valued in the region of £20million. 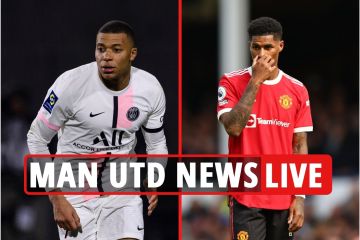 The England Under-21 defender has stayed loyal to the Norfolk club.

But they are expected to have their resolve tested if they get relegated to the Championship.

Aarons has made 29 appearances for Norwich this season, 28 of those in the Premier League.

The Carrow Road academy graduate played his 150th game for the club in January which highlights his reliability and consistency despite his tender age.

Tyrick Mitchell, 22, has received plaudits and an England call-up for his impressive performances this season.

But Aarons boasts better statistics than the Crystal Palace full-back after being dribbled past 16 times in the Prem compared to 17 for the Eagles’ rising star.

Aarons is set to return for Norwich tomorrow when they visit Manchester United after suffering a hamstring injury last month.

He made a huge impact in his first season in the top flight in 2019-20, despite City going down.