Taking a two-goal lead into the second leg of their semi-final against Villarreal, Jurgen Klopp’s men were stunned in the first half as they went into the break level at 2-2 on aggregate.

And incredibly smug Man Utd legend Neville was quick to take to social media and post a clip of him laughing while sipping a glass of red wine.

Nev and Sky Sports colleague, and Liverpool legend, Jamie Carragher have regularly posted similar snaps to taunt each others over recent seasons.

But rarely have they been left with egg on their faces so spectacularly as Liverpool stormed back to keep their stunning Quadruple hunt alive.

Goals from Fabinho, Luis Diaz and Sadio Mane clinched a 5-2 aggregate victory to book a place in the final. 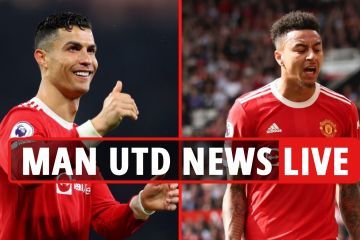 So, as full-time approached, a glum Neville posted a new picture as he crouched over his beverage.

Having already claimed the Carabao Cup, Liverpool are still in with a chance of also claiming the Premier League, FA Cup and Champions League.

Klopp’s men will play either Real Madrid or Manchester City in the Champions League final in Paris on May 28.

They are one point behind Man City in the title race with four games remaining.

And then in amongst their European and Premier League endeavours, the Reds also take on Chelsea in the FA Cup final on May 14.

Meanwhile, Neville’s beloved Man Utd have not won a trophy in five years and are down in sixth place in the league.

The Red Devils are a huge 24 points adrift of Liverpool and 25 below local rivals Manchester City.