WAYNE ROONEY admits he’s “bored” – as the DC United boss misses the “little things” with wife Coleen and their four kids back in England.

But the Manchester United legend still feels lucky and focuses on “something to look forward to” with his family every few weeks.

And the former England skipper is happy he took the bold decision to move to the MLS as the next step to eventually managing a “top club”.

Rooney, 36, who resigned as Derby chief in June, told The Times: ”The biggest issue about coming here was leaving the family behind.

“That was a big decision. You miss the small things. Picking the kids up from school and things like that.

“But there’s people in much worse jobs who don’t get to see their kids before they’re working away from home for months, and aren’t in as fortunate a situation as me. 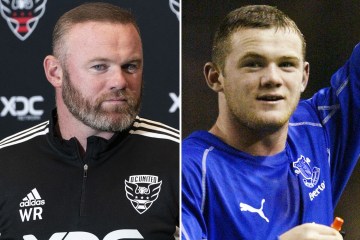 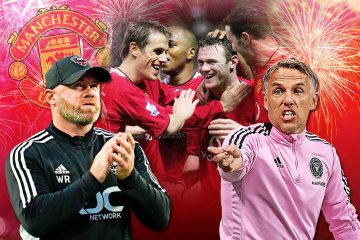 “So, it’s life. I speak to them every day on FaceTime.”

The 120-cap ex-striker added: “It’s important to give yourself goals and I’m going back next week for a few days during international break, and the family came over for a visit last month.

“It’s having those goals so you know every four or six weeks you’ve got something to look forward to, in terms of seeing them and stuff.”

DC were bottom of the MLS Eastern Conference when Rooney took over 11 games ago, and remain there.

But six weeks after arriving, he is as addicted to football as ever, watching a conveyor belt of games, including from the Premier League, at the home he house-shares with coach Pete Shuttleworth.

He added: “I’m rebuilding a club, rebuilding a squad and a big attraction is working with different nationalities, not just of players but staff.

“My ambition one day is to manage at the top and that (a multinational environment) is what you get at top clubs. I looked and thought it’s a great chance to experience it.

“It’s a chance to take myself out of my comfort zone and develop as a coach.

“Not enough managers take that risk and challenge themselves by going abroad.”