The Swiss is a free agent in the summer and could be ideal cover for David de Gea if United fail to land first choice target Sam Johnstone.

Coton knows late developer Siegrist from their time together at Aston Villa.

Johnstone could also be available on a free transfer in the summer with the West Brom goalkeeper failing to agree a new contract with his current club.

The former Red Devil could return to United as a replacement for Lee Grant who is also out of contract at the end of the season. 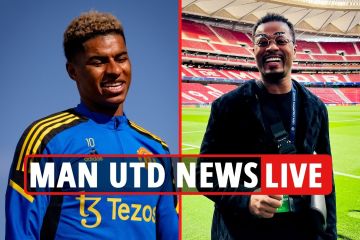 United were also rejected by Newcastle shot-stopper Martin Dubravka in January as he did not want to be back-up to De Gea.

The Magpies wanted to sign Dean Henderson on loan with Dubravka heading to Old Trafford in return.

But Henderson’s future is still up in the air amid links to Tottenham and Ajax.

The England international has become frustrated with a lack of game time as he has been unable to jump ahead of De Gea in the pecking order.

De Gea has been in fine form this season but his recent performances were not enough to secure a call up to the Spain national team.

Despite that, United plan to trigger a 12-month option in the keeper’s contract, extending his stay at Old Trafford until 2024.