Send your thoughts on Paul Pogba, McDonny or anything else to theeditor@football365.com…

This is Ole’s year (to be judged)
There’s a lot of nonsense talk on here, of which I contribute a degree I’m sure. But the debate in the comments about Klopp vs Ole is quite funny all told.

So I just wanted to make this point. Last few seasons, all bar one or two players that Klopp fields are players he’s bought over the years. And there are a bunch that occasionally feature that he has also bought (I was shocked when I saw how much Keita cost!).

This year (so as to help the Scouse argument by including new additions), there are 5/6 Ole-purchased players in the first team, plus 3 who were already bought with others being youth.

Meanwhile, there is just one non-Klopp-purchased player in the first XI (TAA).

My point is simple. Klopp had to buy an entirely new squad to win. Ole has had to deal with inherited players (some like Pogba and Fred are very much a poisoned chalice a lot of the time), as well as some youth.

It’s also worth noting that many of Ole’s purchases are for the long term not just immediate “must win title” purchases. For every Sancho there’s a Salah and Mané. For every Varane and Maguire theres a VVD, Matip and Fabinho. For every Bruno there’s a Thiago, Wijnaldum and Keita. For every Cavani there’s a Jota. For every Allisson at £65m there’s… er…

Well, you see the point. Now after this season it’s maybe fair to judge Ole. He’s assembled his squad, mostly, now. Just as Pep and Klopp were able before they won.

So, before the scousers start their net spend chirping, don’t kid yourselves. You bought the title, just like City (albeit for a reasonable roughly £370m first XI).

Now maybe Ole will (if Tuchel doesn’t nick it) having spent £280m.

Personally, I think having 4 such expensively assembled squads slugging out should make for an exciting season!
Badwolf

Bru-know better
You know better than to write off Bruno Fernandes in this Man United squad. I think his output in terms of goals and assists could decrease because Ronaldo is automatically on penalties. Bruno, who scored a hat-trick of open play goals against Leeds, is not the penalty merchant many say he is. I think he could still do well because the burden of carrying the United squad has been eased.

Part of the reason he was knackered end of last season also had to do with the psychological burden of being THE go-to guy both in terms of adulation from United fans, and hatred from rival fans. Takes its toll.

No other attacking midfielder at a top 6 club is expected to conjure goals and assists en-masse like Bruno is. Kevin de Bruyne could, of course, but he seems content with letting City’s half a dozen other options do it for him while he’s away, looming precariously over the rest of the league.

I would like to agree with Shehzad Ghias that Paul Pogba could really flourish. He didn’t need Ronaldo to rack up 5 assists in 3 games. And he was really solid for United in the December-January period last season, so he too, is a very capable operator. Will be an interesting watch.
JDV #MUFC

Pogba has to be dropped
Utd may not have the Kante player we desperately need but we definitely have the tools to unlock silverware this season.

I am really excited to see Ronaldo back at Utd again. He is still one of the best players on the planet albeit playing a very different position from where he used to. And that is key to him improving us – we need him more in the box where he plays now than we do in central midfiled or out wide.

The concern for me is that Ole needs to rotate his star quality attacking players in order to keep a balance between attack and defence.

We now have 5 in Fernandes, Pogba, Ronaldo, Sancho, Greenwood that would expect to be on the team sheet. Then that means Cavani and Rashford when he’s back may warm the bench. That is a great attacking set but none of those starting 5 offer much in defensive duties. Martial and Lingard should have been sold as neither should get a place on the bench – 20 to 30 mil for each would have been great business to fund a defensive midfielder at a later date.

Assuming we’re sticking to a back 4 with McFred in front, it is a formidable team on paper but still feels like a fantasy football team rather than one that can consistently win matches. The McFred axis is already the weakest link so to add yet another player upfront who doesn’t defend puts more pressure on them.

I think Ole is going to need to find a different way of playing than currently. A back 5? No no no… too many things wrong with that to go into…

Realistically Ole needs to rotate those attackers more but I worry he will just try and get them all on the pitch. We should bench Pogba, he needs a kick up the arse to realise that we can’t afford the luxury of a player who gets 4 assists one game and offers very little the next 2. We need Ander Herrera or Ji Sung Park or whoever comes remotely close. 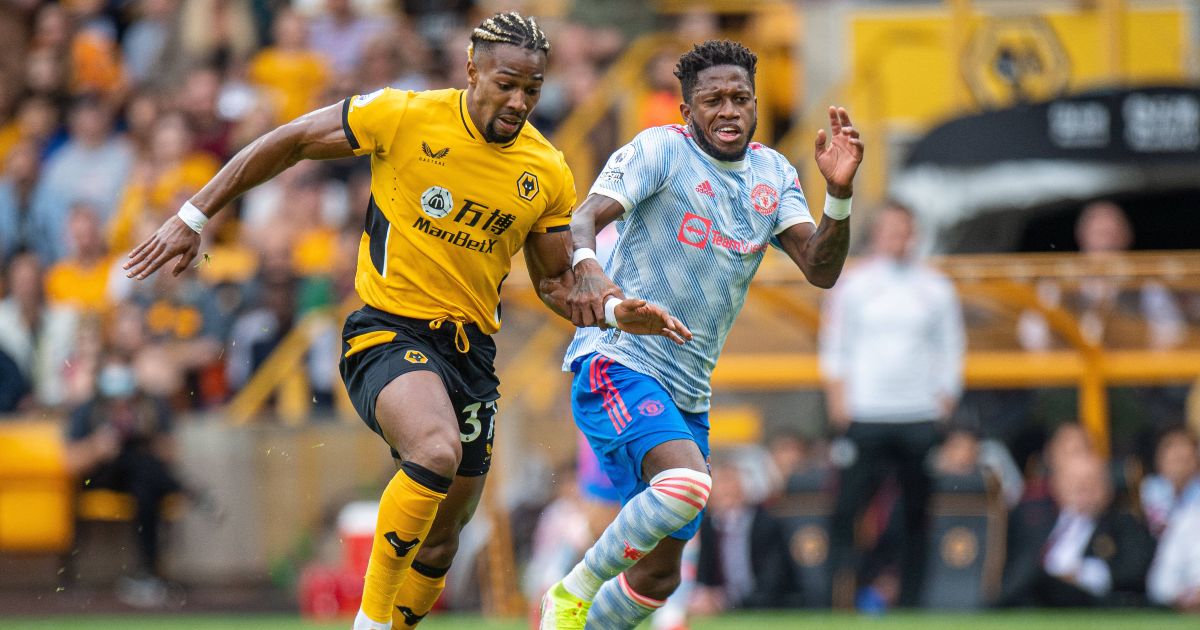 I like Fred, I like him because the ridicule was over the top in the early days, he never looked that bad to me and he has come through it and established himself. I also like that he gives everything for the shirt. However, he does seem to have reached his peak level which is unfortunately still not good enough.

The success of utd this season rests on Varane being a vast improvement on Lindelof (very likely), Ole finding an upgrade on Fred from within the squad (Donny, Eric Bailly???) and proper rotation of the squad so we don’t go into the big games at the end of the season knackered.

And back to utd not having a Kante. Man City won the league without a striker. Chelsea won the champions league without a decent goal scorer. Ole needs to find a way of getting the best out of the best squad utd have had in about 15 years as nearly winning or close seconds are not going to be good enough.

I see McDonny having much better potential than McFred as a ball playing defensive pair who can both defend, pass and drive forwards.

I just can’t see how you include Pogba in there without making the team look defensively fragile, he could come on with Cavani after the Portuguese connection got us 3 up and felt like a rest – what do other utd fans think?
Jon, Cape Town (and I know that putting Donny in my team is easily ridiculed given his record so far – I’m just sure he would come good if given a string of games. Fred got that luxury having shown much less in his early days and Matic still gets on the pitch despite being at least 5 years past his best. I’d love a jet-pack too)

Ignoring the facts
Ved Sen cheerfully invites us all to overlook Ronaldo’s age when assessing his signing. I wish ignoring inconvenient but highly relevant facts before arriving at a predetermined conclusion was less commonplace but here we are.

As Mediawatch tirelessly points out many professional journalists do precisely this, not so the reader is better informed, but to “create a narrative” which fuels their specific agenda. Painting a young black man as a pantomime villain is one example that springs to mind.

Sadly this practice extends into areas which are  far more important than football and cause far more damage to society – the results of which should be pretty obvious.

On balance I think Ronaldo’s signing is a good thing for United. But ignoring his age because, well, that makes it all look so much more palatable is daft. I certainly hope Ved doesn’t buy cars in the same way.

Somewhat hypocritically of course Ved then closes by gently condemning the notion that one would ignore certain “facts” such as brand value, shirt sales and sentiment! A career with the Daily Mirror should be seriously considered mate.
Stephen, Dublin

Underrated footballers…
Steven Davis is a wonderous footballer. He was always brilliant when in the Premier league, but the man’s ability has always been severely overlooked/undervalued, imo. Outside of Northern Irish/Rangers support he never seemed to get the adulation he deserves. I love the man.

I’m sure there’s plenty of other players who have gone on to be adored by few, but not by the masses that they deserve!
Bagpuss

Everton DID NOT have a successful window as we spent a grand total of 1.7M.  Total.

Everton DID have a fabulously successful window as we didn’t spend 25M (plus wages) on dross similar to Cenk Tosun, Yannick Bolasic, Theo Walcott, etc….

I’d like to say we’ve learned but FFP and Premier League sustainability rules have a tendency to “learn ya.”
TX Bill EFC