The new Old Trafford chief has already set his sights on fresh talent as he looks to rebuild the team.

United endured one of their worst Premier League seasons ever as they fell to 6th, 35 points behind rivals and champions Manchester City.

Ten Hag is now wasting no time in recruiting talent, with the Mirror reporting that the club has identified two priorities.

Benfica striker Nunez caught the eyes of fans this season as he hit 26 goals in 28 league games for Benfica, and has been heavily linked with the Manchester side.

While ten Hag wants Ajax defender Timber to join him from his former club, with the 20-year-old valued at £35 million. 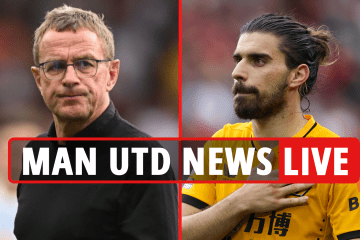 The two signings are believed to be the start of six recruitments that the new Man United manager wants to bring to the club.

Nunez could cost as much as £80m due to a clause in his contract that will see Benfica pay his former club £20m as part of his transfer two years ago.

The Mirror say Man United are also on the hunt for two full-backs, a midfielder, and another forward, but ten Hag is aware that Nunez and Timber could eat up much of the transfer and budget.

Ten Hag has a rebuild job on at Manchester United as the club look to recover from years of disappointing seasons, and five years without a trophy.

Big questions remain over the future of Cristiano Ronaldo while Harry Maguire’s position as captain is also yet to be confirmed.