September 21 – A stunning 17 out 20 Premier League clubs have overpaid on their transfer dealings since July 2022 as agents, selling clubs and in many cases massively under-performing players have shamelessly cashed in on the Premier League’s economic prosperity. A mugging of English clubs of more than €1.3 billion.

Twelve of the clubs had overpaid by €50 million or more. Manchester United overpaid by a whopping €238 million for the 33 fee paying transfers assessed in the study.

The study by the CIES Football Observatory compares players’ values prior to transfer, and fees actually paid. “This allows us to highlight clubs having most driven inflation up, with Manchester United heading the rankings,” said the CIES.

But is it really the club owners driving player transfer inflation up or are there more sinister forces at work in the player trading business, driving the market up?

The CIES point out that it is not just Man Utd overpaying but highlight Juventus (€233 million) and Paris St-Germain (€62 million) who “complete the overspending table’s podium. Only three Premier League teams figure among the 36 clubs that invested less money than expected to conclude the fee-paying deals assessed.” 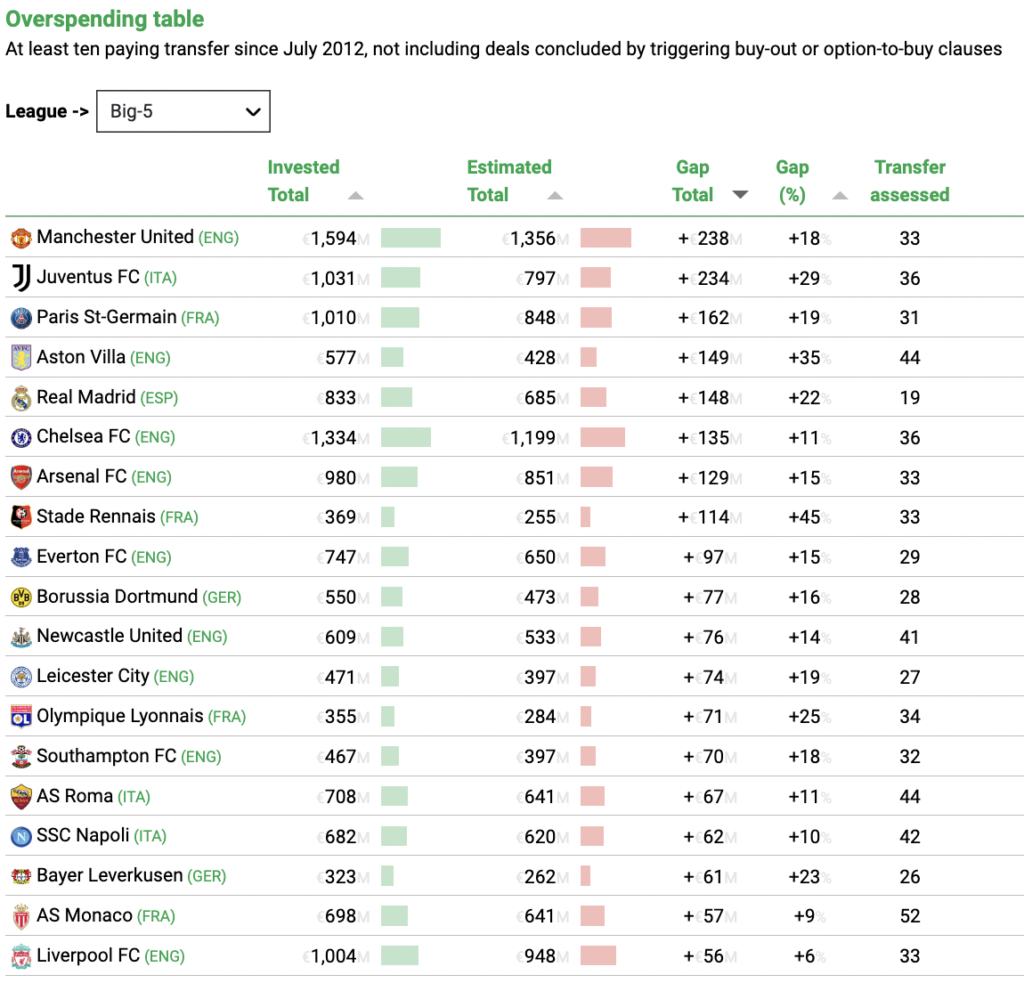 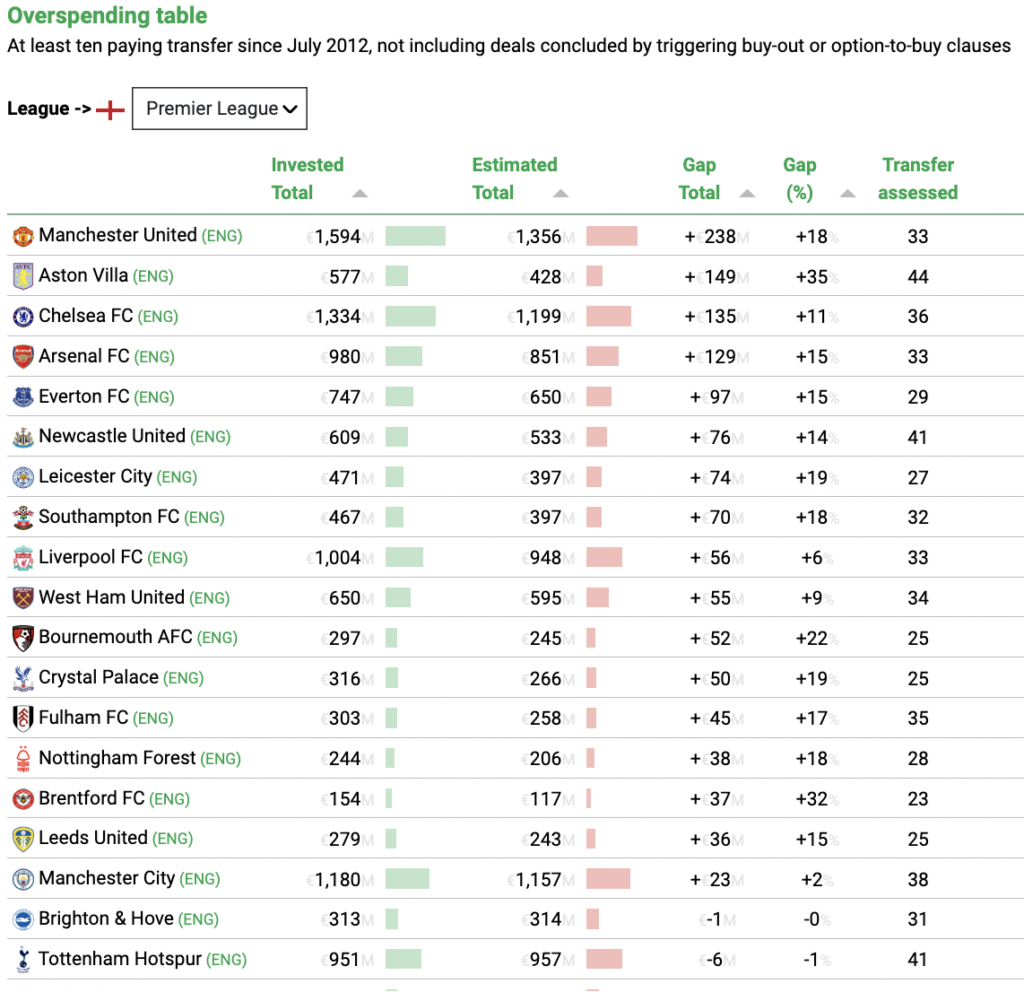 To view the club-by-club details for the Big 5 European leagues, click here.