Manchester United star Jadon Sancho has been spotted working on his game in a private training session with Dutch amateur club OJC Rosmalen after missing out on a place in England’s World Cup squad this month.

Sancho endured a difficult first half of the season at United, registering just two goals and an assist in 10 Premier League appearances – a disappointing return which failed to convince Gareth Southgate to take him to Qatar.

After being omitted from Southgate’s 26-man squad, the 22-year-old left fans puzzled when he recently deleted all of his Instagram posts while blacking out his profile picture, although it’s understood he is currently taking a break from social media to focus on his family and the second half of the campaign. 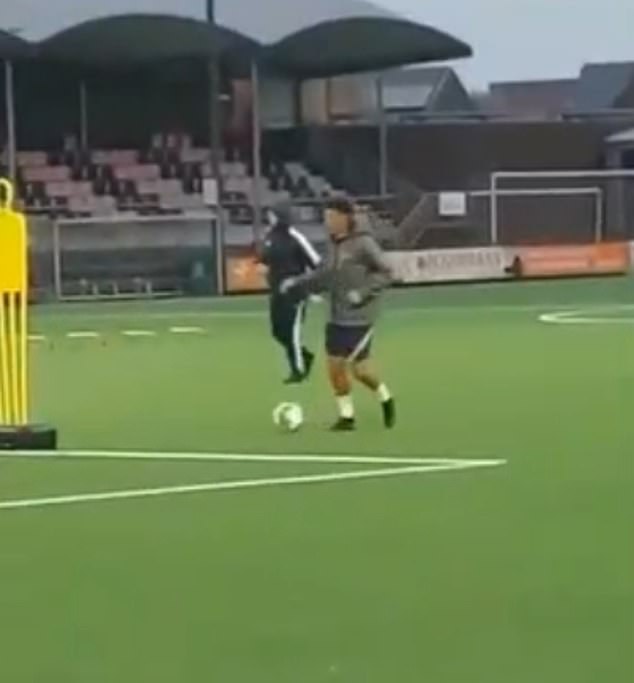 Now Sancho is putting in the hard yards out in Holland, where he has been training behind the scenes in private sessions with Rosmalen, the country’s biggest amateur club.

With United’s non-internationals expected to return to training next week ahead of a winter training camp in Cadiz, Spain, Sancho is clearly hellbent on maintaining his fitness and ensuring he is in the best possible shape when he links back up with his team-mates.

Footage posted on Twitter by Joost Blaauwhof shows him completing a drill at Rosmalen’s facilities this week alongside one of the club’s coaches, who The Athletic are reporting was recommended by Red Devils boss Ten Hag.

Rosmalen also sent him their best on social media, writing: ‘We hope you had a pleasant training with us! You are always welcome to train with us and have a good time.’

Sancho missed United’s final few matches before the World Cup break with illness, yet he will hope to put the frustrations of the first half of the season behind him when their Cadiz training camp begins. 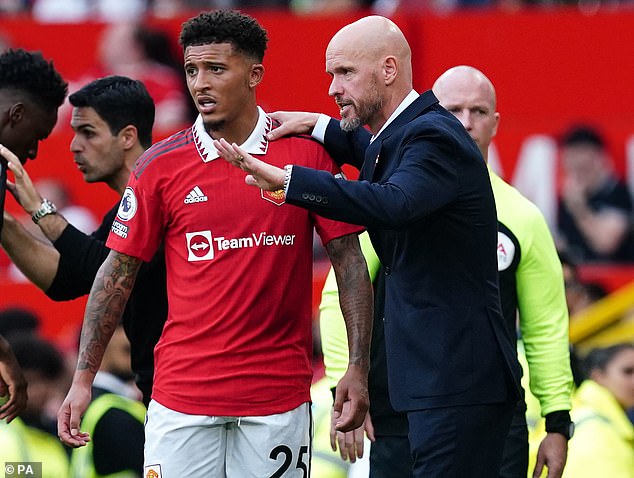 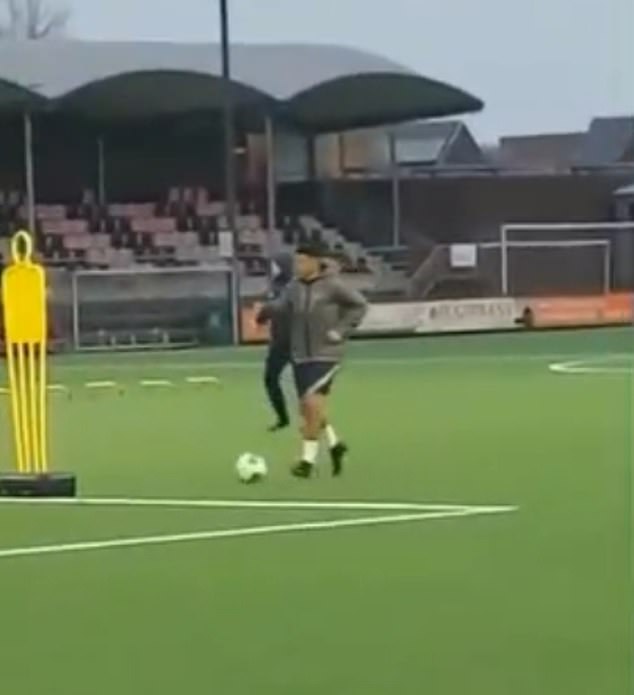 Ten Hag’s side have friendlies against Cadiz and Real Betis in store next month, before they return to competitive action in the Carabao Cup against Burnley on December 21.

Their first Premier League outing after the World Cup comes against Nottingham Forest at Old Trafford on December 27.

With a number of his team-mates likely to return back late from the World Cup, and following Cristiano Ronaldo’s departure, Sancho will hope to hit the ground running in United’s starting XI when their season resumes.