Manchester United are ready to offer a deal to free agent Santiago Arias, while links to another midfielder have been confirmed, Arsenal have the chance to sign a Real Madrid winger, while Monday’s Euro Paper Talk has an update on Liverpool links to a Barcelona star.

Erik ten Hag is ready to step up his efforts to bring Santiago Arias to Manchester United with the offer of a short-term contract.

The new United boss managed to sign six new players in the summer, spending around £218m in the process. And he’s starting to get a tune from his new-look side with the club winning their last four Premier League games.

United strengthened in most key areas of their side. To that end, Christian Eriksen, Lisandro Martinez, Antony and Tyrell Malacia all look like astute additions.

However, one area that eluded Ten Hag was a new right-back. And despite the new United boss on the look-out, time – and ultimately money – ran out for the Red Devils.

Indeed, a report on Monday morning claims they did consider a number of options among 15 summer targets.

United have started the season with Diogo Dalot as their first-choice right-back. And with Aaron Wan-Bissaka no longer fancied, it is an area of some weakness at Old Trafford.

Ten Hag, though, has seemingly found a solution in the shape of Arias.

The Colombian, 30, is a free agent having been freed by Atletico Madrid over the summer.

Now United are seemingly ready to make a firm offer with a short-term deal to the end of the season being prepped.

Arias himself is ready to grab the chance with both hands. A South American based journalist, Johnson Saenz, claims: “Santiago Arias has his bags ready to move to Manchester United.”

United could well have Arias registered by the time the Premier League resumes on October 1 after the latest international break.

Further down the line, they continue to keep a watching brief on Brighton midfielder Moises Caicedo.

Rated in the £60m bracket, Brighton soon hope to tie him to a new deal.

“There’s been a lot of speculation about Moises Caicedo and top Premier League clubs, with talk of further interest in January. So I thought I’d give my understanding of his situation,” Romano told Caught Offside.

“The only club interested this summer was Manchester United. They asked about Caicedo as potential option before signing Casemiro, who was the real and main priority.

“I’m not sure there will be a price tag for the player in January. Brighton called him untouchable for the whole month of August.”

Arsenal are reportedly being offered the chance to sign Marco Asensio in January amid claims he will be put up for sale at Real Madrid. (Fijachés)

Barcelona will once again try and sell Frenkie de Jong in the January transfer window with Jordi Alba and Gerard Pique also likely to depart. (Sport)

Liverpool remain keen to sign Gavi and will move to sign him in January should he fail to agree a new deal with Barcelona. (Mundo Deportivo)

Arsenal are ready to move for Barcelona striker Ferran Torres in January amid claims he has no place in Xavi’s first-team plans. (Fijachés)

Leeds new boy Luis Sinisterra is on AC Milan’s radar as they draw up a list of potential targets should Rafael Leao depart the San Siro. (Numero Diaz)

Leao’s potential move to Chelsea is starting to gather pace amid claims his contract talks with AC Milan have hit the skids. (Corriere dello Sport)

Lyon plan to offer Houssem Aouar a new contract with the midfielder the subject of ongoing interest from Nottingham Forest. (Foot Mercato)

Moise Keen’s Juventus future is in serious doubt after jeers by hiw own supporters and following heavy criticism in the Italian media. (Gazzetta dello Sport)

FC Volendam youngster Xavier Mbuyamba insists a move to the Dutch side from Chelsea is not a step down in his career. (NOS)

Benfica chief Rui Costa has revealed it was ‘completely impossible’ for them to stop Darwin Nunez from joining Liverpool this summer given the money on offer. (A Bola) 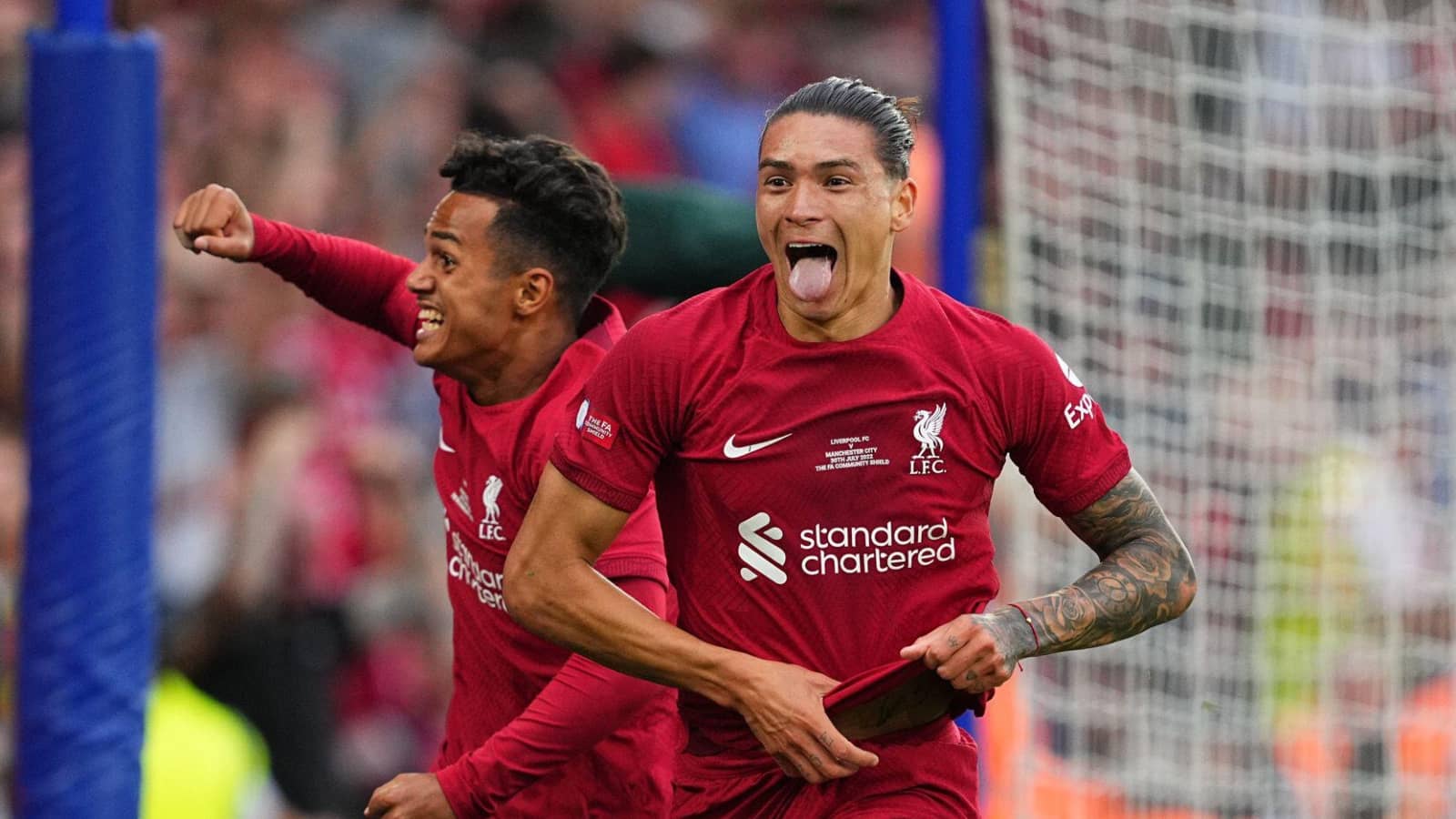 Raul de Tomas is closing on a move to Rayo Vallecano and is ready to move with immediate effect. The Espanyol striker was linked with Man Utd and Aston Villa over the summer. (Mundo Deportivo)

Pascal Struijk admits he was struggling to choose over his international future for a long time. However, the Leeds defender is now very much all in with ‘first choice’ the Netherlands. (ESPN)

Wolves are planning to reignite transfer interest in Liverpool-linked midfielder Enzo Fernandez ahead of the January window. (various)