CRISTIANO RONALDO “will start” for Manchester United tonight – according to his Portugal manager.

The 37-year-old forward has found himself relegated to the bench under Erik ten Hag for the majority of their Premier League campaign.

He was handed a start in last week’s Europa League opener against Real Sociedad, but he was unable to stop his side from slipping to a 1-0 defeat.

But Fernando Santos, who named him in his latest Portugal squad this afternoon, has revealed that his star man will be playing for United today in their Europa League game at Moldovan outfit Sheriff Tiraspol.

He made the claim as he insisted that he had no concerns over Ronaldo’s fitness regarding his lack of match action.

Santos said: “I have no worries, he will play later, he will start against the Sheriff.” 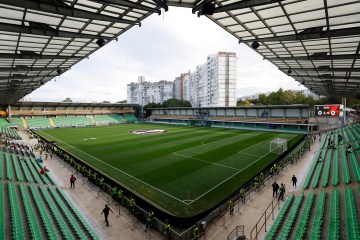 He added: “With him as with all the others, I try to understand what situation they find themselves in.

“I don’t think anyone doubts that Cristiano Ronaldo continues to be important for the selection.”

After failing to secure a move away from Old Trafford over the summer, Ronaldo returned late to pre-season training.

That led to him being benched for the opening day defeat to Brighton.

He returned to the starting XI the following week, but he and his teammates were left humiliated as they were thrashed 4-0 at Brentford.

The veteran was then pushed back to the bench, and that coincided with United going on a four-game winning run in the top-flight although he did get his opportunity last Thursday against Sociedad.

Now it seems he will get another chance to get off the mark for the season later on.

Meanwhile, the five-time Ballon d’Or winner will be involved for Portugal in their Nations League clashes against Czech Republic and Spain later this month.

He has 117 goals in his 189 caps for his country and will be desperate to return to top form as he prepares to lead his country to the World Cup in November – which will be his tenth international tournament.