MANCHESTER UNITED look set to miss out on the signing of Ajax wonderkid Ryan Gravenberch.

Bayern Munich are said to be progressing towards the final stages of negotiations to secure the Dutch talent.

According to a report by Italian journalist Fabrizio Romano Gravenberch and Ajax’s right-back Noussair Mazraoui are both expected to join Julian Nagelsmann’s side this summer.

However legendary German goalkeeper and Bayern football executive Oliver Kahn has refused to comment on the rumours surrounding the two potential incomings.

Speaking to German publication Sport1, he said: “We don’t speak about players who are under contract at other clubs.

“It’s about respect for other teams.” 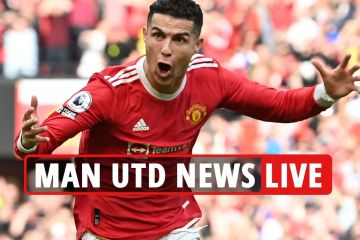 This will come as a huge blow for incoming Manchester United manager Erik ten Hag, who has worked closely with the pair while at Ajax.

Gravenberch is seen as one of the best young talents in world football alongside Borussia Dortmund’s Jude Bellinghham and Manchester City’s Phil Foden.

Speaking to Dutch publication NOS last month, the 19-year-old said: “For sure Bayern is a top club. If you are worth €25M, then you can be quite proud. It’s a lot of money!”

He also added: “I know about Bayern interest.

“My father and agent are dealing with it. I am focused on football.”

United’s midfield hasn’t been up to scratch this season and with Paul Pogba and Nemanja Matic’s departures from the club it could have solved one glaring issue for Ten Hag.

United must now look elsewhere for a midfielder to fill those gaps this summer with Monaco’s Aurélien Tchouaméni, West Ham’s Declan Rice, and Leeds United’s Kalvin Phillips all linked with a move to Old Trafford.