This is plan B for the Red Devils if a longer deal can’t be agreed with the forward.

The Express report that Old Trafford bosses see Christmas as the deadline to lengthen by an extra year.

The 24-year-old’s contract is set to expire at the end of this season.

Discussions have already begun to put pen-to-paper on a long-term deal.

But Erik ten Hag is keen to put off competition and keep Rashford in whichever way they can. 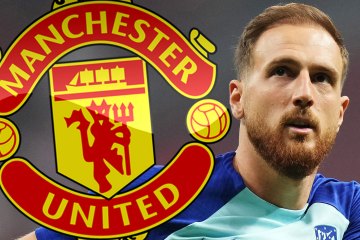 The English international is being eyed up by French giants Paris Saint-Germain.

PSG are said to want to link Rashford up with Kylian Mbappe in a superstar attack.

Initial talks between the player and the side from the capital were reportedly positive.

It has led to a lengthy contract being lined up for the England international.

Meanwhile, Cristiano Ronaldo and Rashford have buried the hatchet for the good of the club.

The pair have had a difficult relationship since Ronaldo, who was left a bloody mess playing for Portugal on Saturday, returned to Old Trafford in September 2021.

But despite Ronaldo’s frustration at starting just two games this season, the five-time Ballon d’Or winner has become one of Rashford’s biggest cheerleaders.

A Sun source said: “Ronaldo has been a bit of a pain in the dressing room and some of the players have been frustrated about the fact he missed pre-season and has been sulking around Carrington.

“But since the transfer window closed, his attitude has improved and he has been very helpful with Marcus.

“He’s been spending time with him, talking about the game and giving his constructive criticism about positioning on the pitch.

“Marcus has been a bit surprised by it because it’s always difficult when you’re playing and a team-mate isn’t and you’re both fighting for the same position.

“But the relationship between the pair has never been better and Marcus knows he can learn a lot from him.

“He’s grateful for the advice and for the fact that Ronaldo seems genuine in that he wants Marcus to improve and succeed.”

Man Utd ‘highly involved’ in battle for defender who would clash with summer signing, as Todd Boehly obsesses over rival Chelsea deal