Would Manchester United be better off if they had just let Rupert Murdoch do his thing? Also in the Mailbox: Prem All-Stars, and the stain on Arsenal’s history.

Get your views into theeditor@football365.com…

Spurs, the original North London club, was founded in 1882 and quickly became established and well supported. Then in 1913, Woolwich Arsenal, owned by the original corrupt chairman, Henry Norris, decided they were going to up sticks and move four miles round the corner from us. You would think the authorities might have something to say about this but Norris, who as owner of Fulham has already bribed his way through the leagues, put the right brown envelopes in the right pockets and Woolwich Arsenal were granted their wish. This isn’t the end of the story though. In 1919, following the suspension of the league due to the first world war, the first division was to be expanded to 22 teams. The decision on who would make up the extra two teams was to be put to a committee and voted on, and Woolwich Arsenal, who had finished FIFTH in the second division, were miraculously voted to join the top flight along with Chelsea, who had finished in the bottom two of the top flight along with Tottenham. Norris had used bribery and his influential Tory chums to get his own way yet again.

Spurs earned promotion the next season by winning the second division but Woolwich Arsenal have remained in the first division ever since. They have a position in the top flight that they have never earned, that they achieved through corruption. I believe the incidents described above were the beginning of the sense of entitlement that runs through the very fibre of Arsenal football club, and will never go away.

When you look at the two clubs now, Spurs fans can view their club with a sense of pride. We never had any help from the authorities, never took any shortcuts. Everything we have today, from the country’s best stadium to the world class training facilities to our place in the top division, we have earned.

Spurs story is one of overcoming adversity, having had the odds stacked against us by the corruption of Woolwich Arsenal. That’s why it will taste so sweet when we beat them on Saturday afternoon.
Barry Fox

Arsenal v Spurs: Pace of change since the last Emirates NLD could give you whiplash

Man Utd mess of their own making
Real timeline
1999 – “Supporters” group formed to protest potential Murdoch takeover of United. After complaints, takeover stopped, and supporters groups are happy.
2003 – Next though is the McManus and Magnier approach. Fans protest that. Bombarding the Irish pair, and interrupting horse meets. Takeover called off. 2005 – Glazers increase ownership, and then the Glazers swoop in to buy the club. Supporters groups protest, but too late, the damage has been done.

Would United have been better off if their “supporters groups” had never existed (seriously? I think they would have)?

Prem All-Stars
God, I love the idea of a Premier League, Bundesliga, Serie A XI’s…..

Ok, ok, there is no time in the calendar, but memories of the Anglo-Italian cup and Notts County downing the exotic sounding Ascoli at Wembley are fresh in the memories for old timers such as myself.

So, naturally I got thinking about a Premier League XI, and my immediate thought/concern was… will there be any Englishmen? Haaland has very quickly supplanted Kane as the default #9, Foden doesn’t seem to have a proper position and the excellent Ashley Cole retired 4 years ago.

I suspect there would be one…

Anyone missing Pogba?
Has any so called top player, who cost so much, did so little, and annoyed so many ever been less missed?
Tim

English strikers
Your article about top English goal scorers leading up to tournaments made me think:

1. Managers rightly or wrongly have their favourites. I get loyalty but overlooking some players for no real reason seems strange.
2. Shearer was a goalscoring beast. He would have been useful at any tournament until his retirement.
3. Why was michael bridges justifiably dismissed as being unsuitable for selection for euro 2000? Third top English gaolscorer and key for leeds, as well as scorers of a variety of goals. Watch footage of that season, he was unlucky to lose the rest of his career to injury the summer after. He was key to us getting into the champions league.
4. Patrick Bamford. Ignore his last two injury hit seasons, overall he was unreal in 2020/2021 and was a decent replacement for Kane although not near his overall quality. Ollie Watkins was and is average and him and Ings being called up for the provisional squad annoyed me very much so. We had loads of forwards who could play wide and could have done with a number 9. In shirt, Paddy B should have had a chance in my opinion.
5. Andy Cole was robbed. Just goes to show how some players can do as much as possible but will just never get a chance.
6. There seems to be an argument that caps shouldn’t just be handed out just cos someone is in form. I get that but an in form player who can offer something different/is a specialist replacement/has proven ability should always get a chance.
7. Theo Walcott in 2006. Fast but poor footballer and still makes me think WTF. Going for experience when we needed goals was bonkers.
8. Everyone, like me as you can tell, has bias when their teams’ players are mentioned. However, some decisions are objectively right or wrong though.
9. There is a pattern of Shearer and Kane essentially blocking out chances for others due to their proven records and captaincy. With their records you can never argue with them starting.
Tom 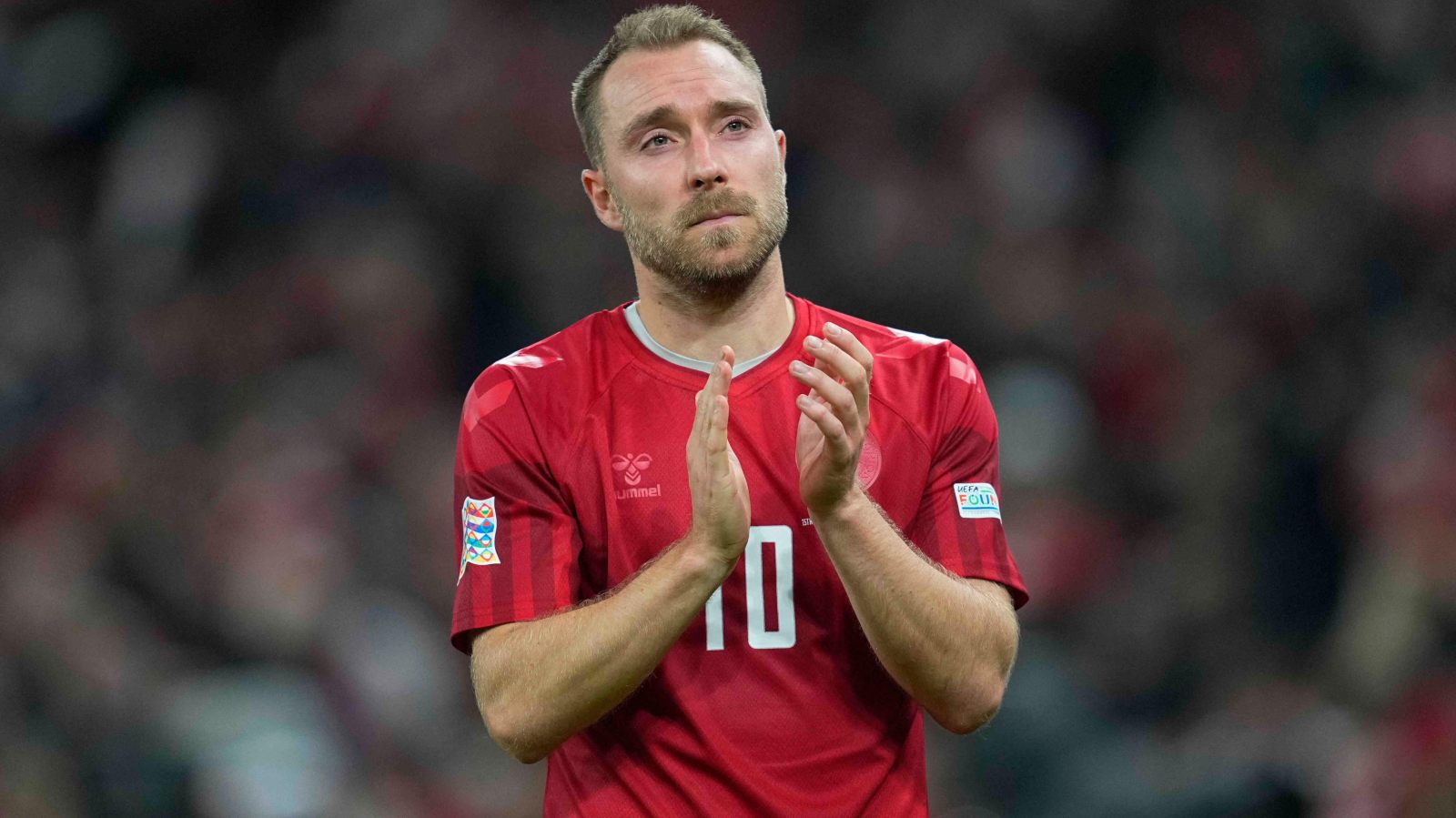 Denmark debate
Do I need to send you my bank details so you can pay me for inspiring your article ‘Denmark and Hummel toning it down: virtue-signalling or valuable World Cup protest?‘?

Joking aside, a great article. Since as you correctly stated no nations will boycott the competition, should teams be doing something similar to taking the knee at the start of games to honor those who died building stadiums for the WC? Billions would see this and would be a huge embarrassment for FIFA and the Qatar regime.

Maybe someone needs to ask Gareth Southgate as we all know he loves getting political.
William, Leicester (will not be watching a single game at this WC, buying any merch or purchasing from any company sponsoring it)

…I’m intrigued to know just how big a ladder William, Leicester needed to climb onto his high horse, declaring that any individual or FA turning up to the World Cup then doing ‘nonsense protests’ should be ‘ashamed of themselves’. Is he aware that we don’t live in a binary world where the only choices are to boycott the World Cup or do nothing at all?

Neither the English or Danish FA voted for Qatar to be given the tournament, and none of the players had any say at all. Blithely expecting them to miss the world’s biggest tournament to satisfy your own moral compass is frankly ridiculous. Good on the Danish FA for their kit, and Harry Kane and the other captains for their armbands. Sportswashing doesn’t work when it comes with lots of commentary highlighting issues (does anyone believe the Saudi image has been burnished by LIV golf?) and I for one know more about the treatment of migrant workers this morning than I did before I read an article starting with the Danish kit story. Be careful you don’t hurt yourself climbing down William but the fire must be incredible
Phil, London

England’s token effort
Hummel was announcing non-statement, statement jerseys Nike was announcing the new England jersey that was “Inspired by the young squad’s desire to stand up for what’s right”
While the Danish jersey won’t fix Qatar the Nike statement will be added to the dictionary to help define ‘virtue signalling’.
Neil.