‘It is a typical Man United performance these days… they have been very lucky’: Paul Scholes not impressed by his former team’s display against Atletico Madrid, but admits Ralf Rangnick’s ‘record is very good’

By Ollie Lewis For Mailonline

Paul Scholes has insisted that Manchester United’s display at Atletico Madrid was a ‘typical performance’ under Ralf Rangnick, as Rio Ferdinand stressed that his former club will take the positives from their draw in Spain.

United played with their backs to the wall for most of their last-16 first leg clash with the Spanish champions on Wednesday night, with the English side unable to pose too many questions to their rivals.

However, substitute Anthony Elanga came off the bench to net an important equalising goal to leave the tie wide open heading into the second leg at Old Trafford. 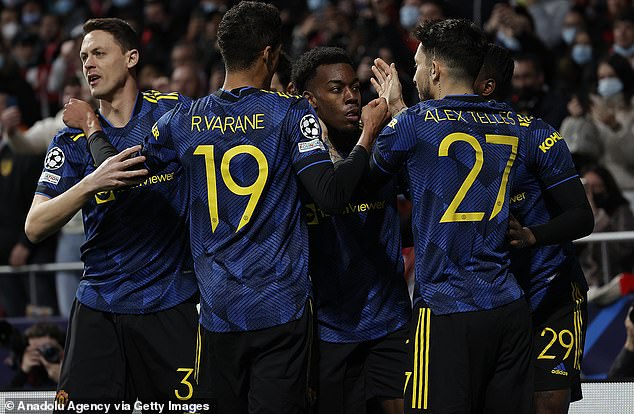 Interim boss Rangnick said he was ‘very disappointed’ with his side’s first half display in particular, but Scholes claimed that it was a ‘typical performance’ for his old club under the German.

‘When you say strange performance, I don’t think it is a strange… it is a typical Man Utd performance these days, since November when this manager came in,’ he said on BT Sport.

Scholes did, however, praise Rangnick for his record since taking over, having lost just one game while taking the job on an interim basis.

‘It’s been very much the same, they have been very lucky to get through games and win games but you have to say his record is very good. I think his substitutes as well, on Sunday he made a big call bringing Fred on [and] Fred scores the winner. 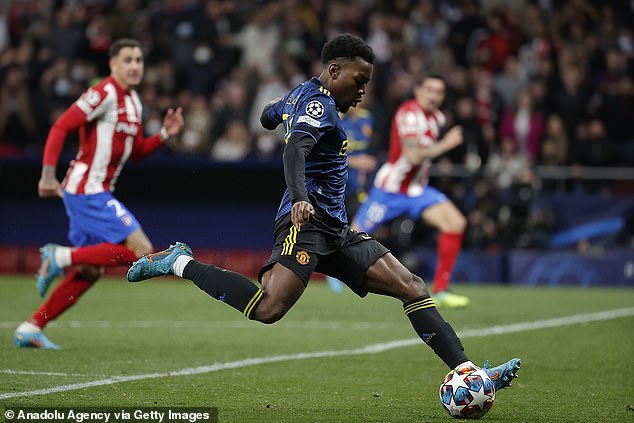 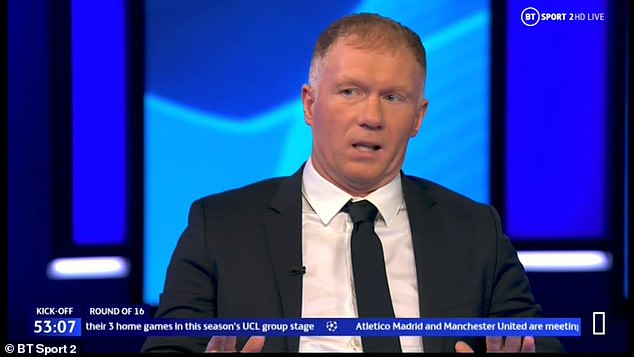 ‘Tonight he has made a big call, we were all looking thinking “these subs look a little bit strange” and then Elanga comes on and scores a goal. So it is not strange for me, it is just a typical Man Utd performance tonight.’

Scholes’s former United team-mate Ferdinand said that while the Red Devils were off the pace in Spain, they will take positives from the result.

‘Man Utd would have taken that result, took your hand off before the game, but they were lucky tonight. I thought they were poor in the way they played. 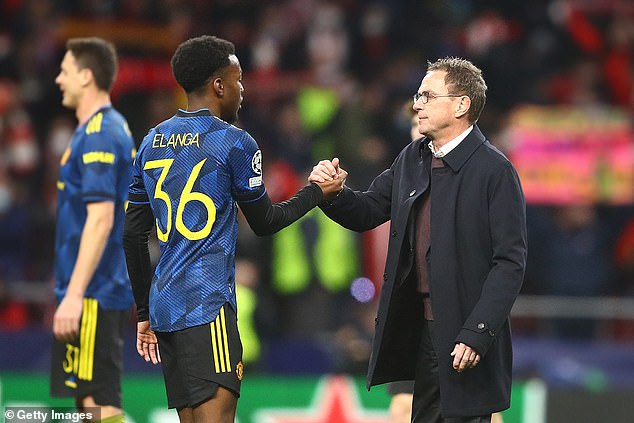 The former United midfielder did, however, praise the German for his strong record at the club

‘First half really poor, second half a touch better, but we have said it about other teams and we will say it about Utd – can you weather the storm? Can you stay in the game? For as bad as they played, David De Gea didn’t have too much to do.

‘In terms of chances against, there weren’t many. But you’re looking for a better performance, a bit more intensity from the players, cohesiveness and togetherness that wasn’t there today.

‘The goal, Elanga pops up with a great goal. Bruno, an assist in every Champions League game this season, as bad as he played up to that point. There is a lot of stuff you would moan about but it’s 1-1, they got a result.’