RANGERS have beaten off competition from Manchester United and Liverpool to land Aberdeen wonderkid Lancelot Pollard.

Gers have agreed to take the highly-rated teenager to Ibrox after being impressed by his displays for the Dons’ U18 side last season.

Pollard has emerged as one of the top talents at Cormack Park so it will be a blow for Aberdeen to lose him.

Rangers knew clubs in England, including United and Liverpool, were also keen to sign him up so have moved first and will now be due to pay their Premiership rivals a six-figure development fee.

The duo will link-up next week with 20-year-old McCann earning his first call-up since switching allegiances from The Republic of Ireland in March. 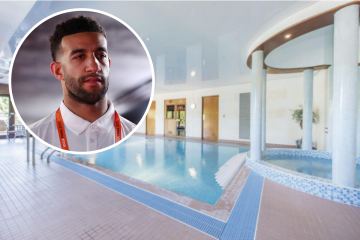 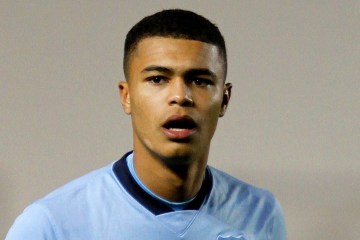 Led by ex-Motherwell boss Ian Baraclough – The Green and White Army take on Greece, Cyrpus, Kosovo and Cyprus again in the space of ten days.

And McCann will have a chance to earn his first senior national cap after representing both the North and the Republic at youth levels.

The midfielder debuted under Giovanni van Bronckhorst this season during the Scottish Cup tie at Annan Athletic.

And he rounded off the memorable campaign with an appearance at Ibrox too after being subbed on against Dundee United.

He joins Northern Irish hero Davis in the squad who sets out to win his 131st cap.

The 37-year-old looks likely to leave Ibrox this summer but has a legendary career for his country starting all the way back in 2004.

He’s played in all of the last seven matches for the national side and still looks to be a key part of the plans too.

Davis and McCann were wished well by The Light Blues on social media.