Mikel Arteta has warned Tottenham and Manchester United that Arsenal now have the experience of winning away at a big rival, after the victory over Chelsea.

The Gunners claimed a 4-2 win over the Blues at Stamford Bridge to give their Premier League top-four hopes a massive boost. Not only was it their first win in four games, but they are now level on points with Spurs.

They also moved three ahead of Man Utd and Arsenal have to play both teams in two of the biggest matches of the run-in.

United travel to the Emirates Stadium on Saturday, before Arsenal make the short trip to Tottenham on May 12.

And speaking after Wednesday’s win over Chelsea, Arteta sent a warning to Arsenal’s top-four rivals.

“I think it will help because that gives you confidence and belief that you can do it at the biggest stage against the top teams in this league,” Arteta told Sky Sports.

“Hopefully they can believe more in themselves.”

Eddie Nketiah was the star of the show for Arsenal. He netted a brace either side of Emile Smith Rowe’s cool finish.

Chelsea responded to Nketiah’s first and Smith Rowe’s strike to make it 2-2 at half time. However, Nketiah’s second and Bukayo Saka’s late penalty clinched all three points for the visitors.

Arteta said: “I didn’t expect that [his team’s potency], but these London derbies are like that. The way they start the game, it was tactically really demanding.

“They constantly changed the shape and positioning and we had to adapt. We managed to grab a little bit the game, we looked dangerous all the time on the counter and always looked a threat. 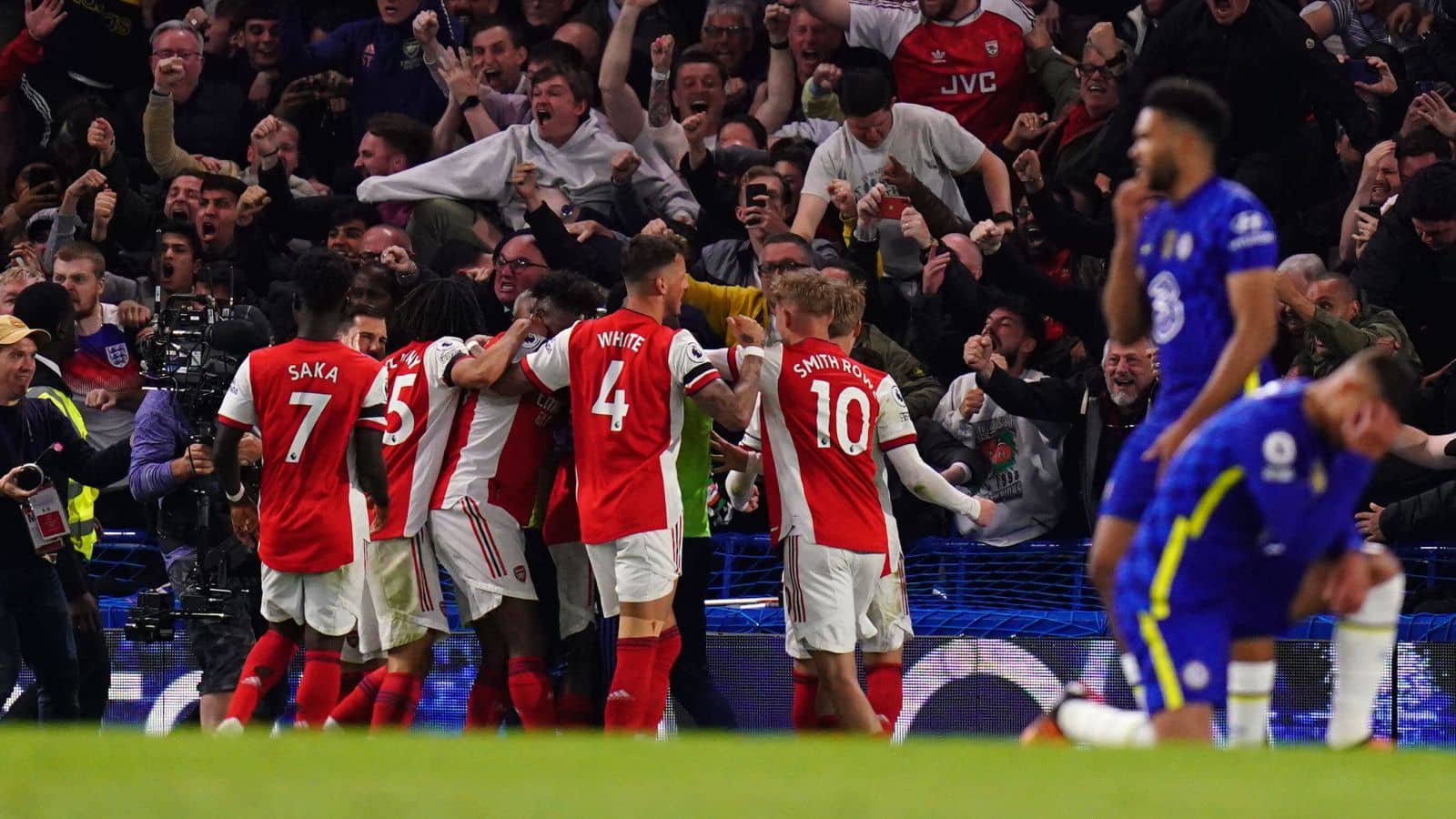 Asked about his half-time Arsenal chat, Arteta said: “I said that we had to stay in the game and that the game was there for the taking. The shape they were playing had a lot of risk as well and a lot of spaces for us to use.

“We had to improve in one or two things that we didn’t do well enough. The game was there, we knew that physically they played three days ago and we could end up on top of that in the second half.”

“I love the spirit of these players. When you lose matches, you get punched. For these players, I don’t care because it’s so worth it,” the Spaniard added.

“They are phenomenal people and as a group they are really growing. For us to win a London derby away from home, I’m really happy for the fans too.”

Arsenal return to action on Saturday against Man Utd, before playing West Ham away from home.