Rashford scored twice against Arsenal on Sunday as he linked up with United’s new signing Antony to inspire an impressive 3-1 win against the Premier League leaders.

The 24-year-old also netted in United’s victory against arch rivals Liverpool as he finally returns to form.

Rashford struggled badly throughout the last two campaigns and was linked with a move to Paris Saint Germain earlier this year before reminding United of his value with his recent flourish.

He is out of contract at the end of this season and United manager Ten Hag has no intention of letting him leave.

United retain the option of another year’s extension and, when Ten Hag was asked whether the club were talking to Rashford about that, he said: “Definitely. I think United control the situation. 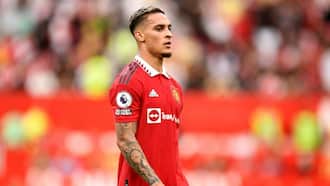 Exciting feature: Check out news exactly for YOU ➡️ find “Recommended for you” block and enjoy!

“I see a happy Marcus Rashford and I see some phases in his game which we could improve and we worked really hard the last two-and-a-half months with him on different aspects.

“He really likes it and wants to transfer it to the pitch and that is what you see in this moment. It started with happiness. He comes in every day, he enjoys it, he is really smiling, with a really positive vibe.

“If you put all those things together, like the way of playing, you want to transfer different aspects of your game and are happy, you will have more contribution to the team, the performance and the result.”

Rashford has started all six of United’s matches this season, making him a candidate to be rested for Thursday’s Europa League clash with Real Sociedad in Manchester. 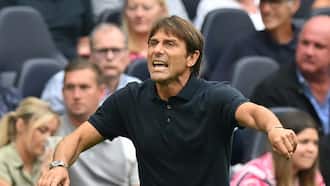 Conte wants Tottenham to be ‘more clinical’ after Fulham win

United striker Anthony Martial remains sidelined with an Achilles injury, so Cristiano Ronaldo could get only his second start this term against the Spaniards.

Ronaldo’s only start was in the humiliating 4-0 defeat at Brentford in the Premier League in August.

“He (Ronaldo) started against Brentford. Then not since but he is ready to start,” Ten Hag said.

“We not only have a team, we have a squad, that is clear, it’s the mentality what Manchester United need.

“Maybe I cannot keep them all happy every game, but everyone gets their game time if they perform well, (it is) quite clear.”