Man Utd could revisit a deal for a La Liga forward in January, while Man City have joined Chelsea and Tottenham in the race for a Serie A defender…

BACK IN FOR GRIEZMANN?
Premier League side Man Utd could make a January move for Atletico Madrid forward Antoine Griezmann, according to reports.

Bizarrely, Griezmann has not started a match so far this season under Diego Simeone but has been introduced just after the hour mark on seven occasions for Atleti, scoring three goals.

The Athletic explains: ‘This has come about due to the complex loan arrangement under which Griezmann returned to Atletico from Barcelona in the summer of 2021. Nobody disputes that this deal included a clause that would make the move permanent in 2023 for €40million (£35m; $40.1m).

Man Utd ‘were one of a number of Premier League clubs to inquire about him’ in the summer and, with ‘everyone’s patience getting tried at the moment,’ there is a possibility that United could attempt to sign him in January.

The Red Devils successfully used Marcus Rashford as their main striker in a 3-1 win over Arsenal in their last Premier League fixture but there is still a feeling that they could do with reinforcements in that area.

Cristiano Ronaldo doesn’t seem up to speed at the moment and Anthony Martial – who was brilliant in pre-season for Man Utd – keeps picking up injuries. 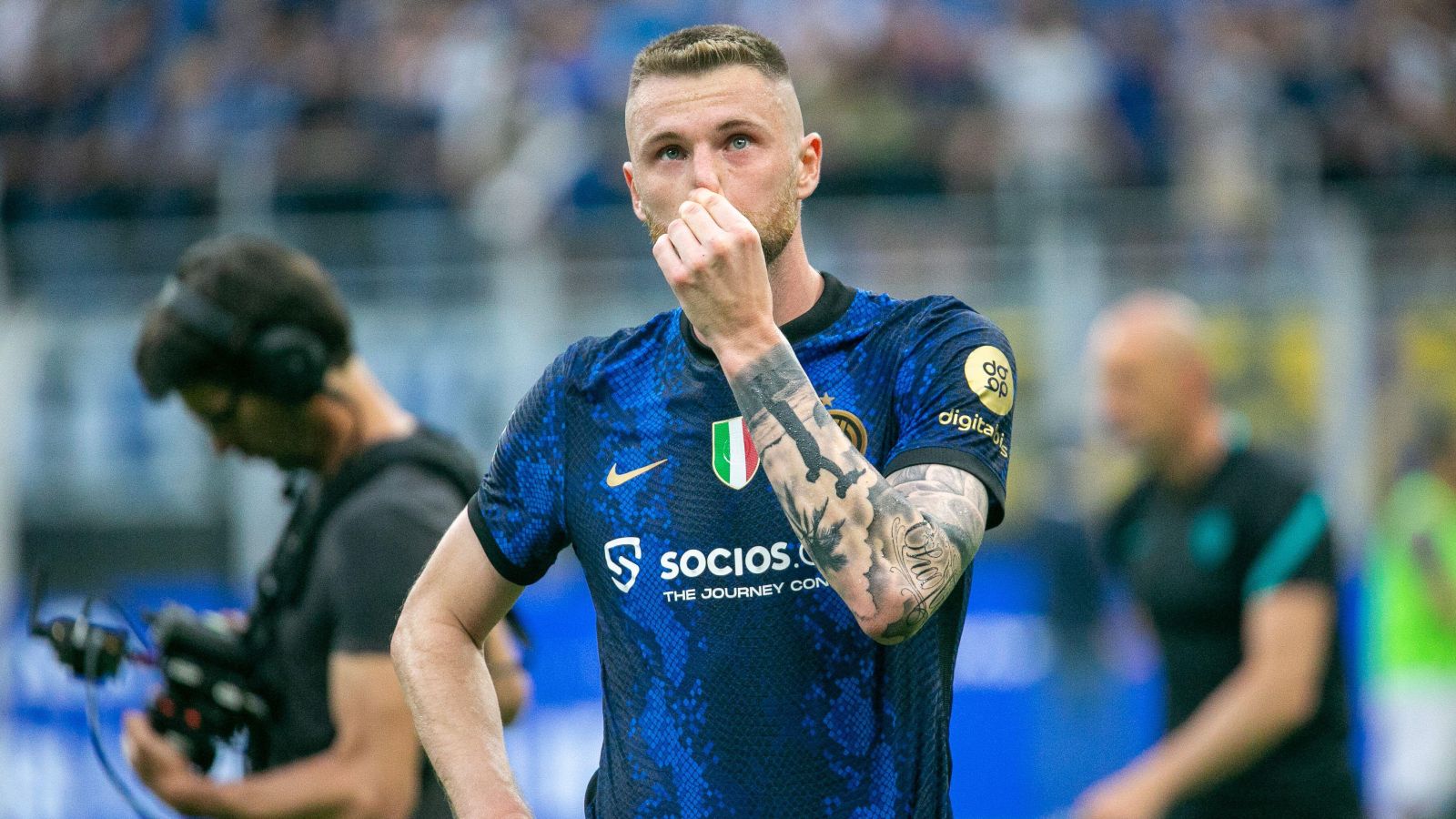 SKRINIAR COMPETITION
Man City have joined the race to sign Inter Milan defender Milan Skriniar in the summer, according to reports.

The Slovakia international has been one of the best defenders in Serie A in recent seasons and his performances are attracting a lot of interest from Premier League clubs.

Skriniar is out of contract at the end of the season with clubs seeing the opportunity to pick up an impressive bargain in the summer. The Sun claims both Chelsea and Tottenham are already ‘monitoring’ the centre-back, while Man City are now taking an interest.

Despite their priroty for 2023 being the strengthening of their midfield, Pep Guardiola wants another centre-back in the summer with the City boss having concerns about the fitness of his defenders.

Paris Saint-Germain could be a threat to the Premier League club’s chances of signing Skriniar after they showed strong interest in the summer but had approaches rejected by Inter.

AND THE REST…
Barcelona are considering a move for Chelsea star Jorginho next summer, when the Italy midfielder could be available on a free transfer…Manchester City will wait until after the World Cup to open talks with Kyle Walker on extending his contract…Chelsea are ready to consider a deal for Belgium striker Romelu Lukaku to move permanently to Inter Milan, where he is currently on loan…Leicester would be interested in hiring Brentford manager Thomas Frank if they decide to part company with Brendan Rodgers…Nottingham Forest are keen to extend manager Steve Cooper’s contract, partly to increase the compensation they would be paid if he leaves for another club. Bodo/Glimt’s Kjetil Knutsen and former Burnley boss Sean Dyche are possible replacements if Cooper leaves.