MANCHESTER UNITED return to centre stage THIS TUESDAY when they take on sizzling hot Liverpool at Anfield.

The Portuguese icon also became the oldest player in Premier League history to score 15+ goals during a single campaign.

However, Jurgen Klopp’s defence will be a much sterner task for Ronaldo and co to break down.

And confidence will be flowing through the Liverpool veins following their recent FA Cup semi-final victory over league leaders Manchester City.

What time does Liverpool vs Man Utd kick off? 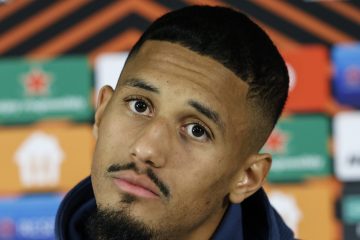 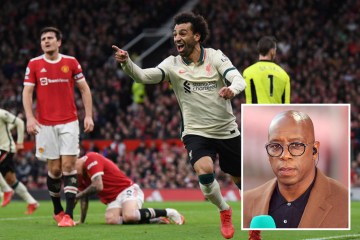 What TV channel is Liverpool vs Man Utd on and can I live stream it?

Jurgen Klopp has two major concerns ahead of their huge clash with Manchester United.

Mo Salah was ordered to play the full 90 minutes in Liverpool’s FA Cup semi-final win against Manchester City and that has put the Egyptian’s availability at doubt for Tuesday.

Diogo Jota’s situation is a little more positive but the Portuguese star was only able to make the bench at Wembley courtesy of a late fitness test.

Elsewhere, the Red Devils are set to have some absentees for the clash with Liverpool as things stand.

Fred, Scott McTominay and Luke Shaw all missed the crucial 3-2 win over Norwich and it could be the same for Tuesday too.

However, United boss Ralf Rangnick has his fingers crossed that former Real Madrid defender Raphael Varane can make the trip to Anfield.

Rangnick said: “I think probably with Raphael Varane, he’s the one who can hopefully come back for at least one of the next two games against Liverpool or Arsenal”.

*Odds courtesy of Betfair are correct as of Sunday, April 17