FOOTBALL’s past, present and future are not safe from the panna king, Jack Downer.

Less than two weeks after nutmegging football’s biggest showman, Neymar, Downer took on one of the greatest defenders the world has ever seen in Rio Ferdinand.

And as expected, the one-v-one ended in Downer humiliating ex-Manchester United captain Ferdinand with a swift nutmeg.

Ferdinand couldn’t believe the 24-year-old managed to pull off the audacious move and covered his mouth in shock.

On Friday, Downer told SunSport how he manages to execute his nutmegs on football’s biggest stars.

He said: “It’s called M10 and I knew it would work. It has worked on most footballers. I’ve got Riyad Mahrez with it. 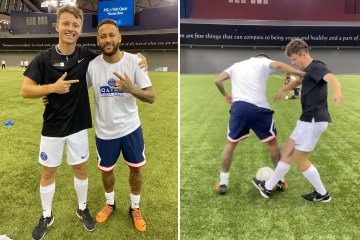 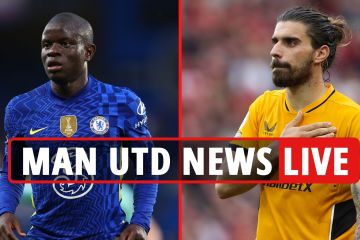 “I also got Patrice Evra with it.

“Normally for that it means making them feel like they can get the ball which means slowing down your speed.

“When you change speed they’re going to go for it and that’s what I did.”

Unfortunately for Rio, he fell into the same trap.