FORMER Manchester United man Zlatan Ibrahimovic has revealed that he enjoyed playing for the Red Devils because he could shut up his haters.

Speaking to ESPN’s Gabs and Juls Show the Swedish legend, 40, talked about his spell in England.

“I really enjoyed it because when I came, everybody was against it. And then in England, they didn’t like me.

“I like people when they hate you because then they bring out the best of you. 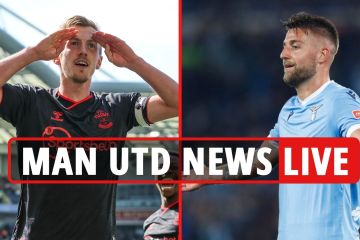 “And I’m happy I played for United, which I think is the best team in England.

“I think it was the right choice to go to Manchester United. I think I came in a good moment.

“Because it’s easy to come to a club when the success is already there. It’s more difficult when you come and the challenge is different.

“And then if you manage to have a success, you’re part of the story. So the fans were great to me.”

Ibrahimovic spent just two years at United between 2016 and 2018, scoring 29 goals in total – with 28 of them coming in his first season before a horror knee injury.

He left for LA Galaxy but now finds himself back in Europe having re-joined Serie A title chasers AC Milan.

During his time in Manchester he won the Europa League, Carabao Cup and Community Shield.